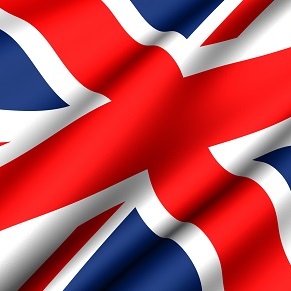 British leaders unveiled a sweeping plan last week to curb immigration by cracking down on benefits and access to health tourism, which may force foreigners to show proof of insurance before receiving medical care.
‍

Prime Minister David Cameron warned those coming to Britain that they cannot expect “something for nothing” and, beginning next year, arrivals from the European Union will face a loss of jobseekers benefits after six months. However, immigrants will be able to continue to receive the allowance if they have been actively looking for a job and stand a “genuine chance” of finding one.
‍

Immigrants will also not become eligible for council houses until they have been in the country for two years, with priority given to locals. A new “local residence test” will be introduced this spring with new guidelines for local authorities to follow.
‍

He restated his view that net migration has to be slashed “radically” from hundreds of thousands a year to tens of thousands.
‍

Cameron also said the National Health Service will be told to improve its performance on collecting fees under deals with EU members, Iceland Liechtenstein and Norway, when their nationals are awarded healthcare in the United Kingdom.

On illegal immigration, the maximum fine for companies employing illegal workers is being doubled to 20,000 and task-forces set up to discover any breaches.
‍

The British government also plans to negotiate with other European states about making economically inactive migrants the responsibility of their home countries and limiting the amount of benefits paid for children living abroad.
‍

Cameron attacked Labour for letting immigration get “far too high and badly out of control” and making Britain into a “soft touch. Downing Street said the measures were designed to reduce the “pull factor” of incentives that encourage foreign nationals to come and settle in the United Kingdom.
‍

Health Secretary Jeremy Hunt believes “significantly more” than 200m-a-year is being lost because most foreign patients ineligible for free British leaders unveiled a sweeping plan last week to curb immigration by cracking down on benefits and access to health tourism, which may force foreigners to show proof of insurance before receiving medical care. are not being forced to pay up.
‍

Instead, hospitals have to chase the payments themselves, making it a lot easier for them to declare patients to be UK nationals and let the state cover the cost, he said. Hunt also questioned to need to give tourists and foreign students free access to general practitioners, pointing out this does not happen in Australia or the United States.
‍

Meanwhile, as Downing Street could not put a finger on the number of health tourists that the changes might affect, critics said the proposals would meet a backlash of legal opposition from EU officials in Brussels and doctors and authorities at home. The same observers dismissed the prime minister's threats as more smoke and mirrors, suggesting many of these restrictions are already in place, but just not enforced.
‍

Even Cameron stated any new directives would not take place until the beginning of next year, meaning EU nationals are more than likely to continue to receive full NHS care. Until then, practitioners and hospitals are under government guidelines to provide treatment and emergency care even if patients are suspected to be illegal immigrants.