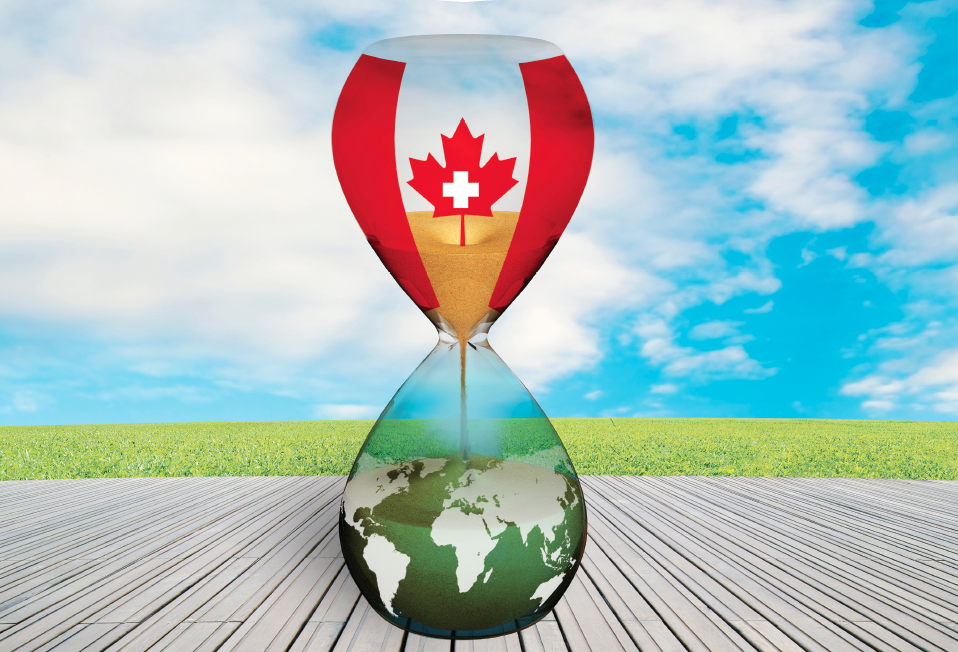 Four years ago, Greg Sullivan, a 38-year-old Toronto resident, was working at a Bay Street law firm when a herniated disc left him hobbled by intense pain. Although many people with slipped discs can heal without surgery, his family physician figured he needed an operation. His initial appointment wouldn’t be for another four months and surgery, if recommended, for months after that; even though the Toronto-area neurosurgeon who had agreed to see him considered the case a priority. He finally decided to perform his surgery in the United States for $8,000. His story¹ is not an isolated case.
‍

According to the Fraser Institute2, approximately 42,000 Canadians traveled abroad last year for medical purposes. The motivations for these medical tourism patients varied from saving money on dental or uncovered procedures to seeking procedures unavailable in Canada. One of the most commonly cited reasons relates to wait-time, a major concern of the Canadian healthcare system.
‍

The Canadian healthcare system is publicly-funded, but private entities provide most of the services. The system covers most of user-costs at the point of use through revenue raised through federal, provincial and territorial taxation.
‍

The Canada Health Act of 1984 set provisions that guide the Canadian healthcare system.  The system is publicly funded and administered on a provincial or territorial basis within guidelines set by the federal government.
‍

At the federal level, Health Canada defines national principles in the Canada Health Act while provinces and territories determine which services are medically necessary. These provincial and territorial jurisdictions may also offer “additional benefits” under their respective health insurance plans.

A cash transfer also exists at the provincial and territorial levels, which means that provinces and territories set the price for each medical service and organize payment on behalf of Canadian citizens. For example, a lead surgeon will be paid $789.66 directly by the Ministry of Health in British Columbia for an arthroplasty he or she may have performed.
‍

Across Canada, coverage is similar for primary care, specialty care and hospital care, but significant differences exist in extended care within each province. For instance, eye examinations are considered additional benefits within the Medical Service Plan in British Columbia. And while the basic medical plan is commonly referred to as Medicare, most provinces use a different name for this coverage.
‍

Many Canadians, either through their employers or on their own, are also covered by private health insurance of which the level of coverage varies according to the plan purchased.
‍

A decade ago, the Government of Canada started work on a “10-Year Plan to Strengthen Healthcare,”3  for the Canadian healthcare system, in which wait-time reduction was a key area of focus. In 2007, Canadian provinces and territories publicly committed to establish Patient Wait-Times Guarantees4 that define a reasonable timeframe for accessing care, depending on the procedure and health impacts.
‍

While the number of procedures performed per year has continued to rise, wait-times for priority procedures have remained virtually unchanged.5 In fact, the country is seeing an increase in health needs: the baby boom generation is getting older, arthritis rates are on the rise, and the national population has grown by 1.5 million people in the last four years.
‍

The Canadian Institute for Health Information has developed indicators to estimate current wait-times for medical priorities in each province or territory. Monthly reports are posted on its website and tables are updated on a real-time basis. Wait-time measurement is defined as the time from when a decision is made between patient and doctor that a procedure is required and the date at which the procedure is performed.
‍

Canadians face two issues in accessing care: availability of surgeons and availability of hospital operating rooms. Patients are waiting about the same amount of time to obtain a medical appointment with a specialist as they do to have their medical treatment performed in a facility.
‍

The longest wait-times in Canada are attributed to plastic surgery, neurosurgery and orthopaedic surgery.
‍

Since CIHI started to publish wait-times in 2010, the national target of 26 weeks has never been reached. In fact, 90 percent of Canadian patients treated had to wait almost eight months between booking date and treatment. Even though the number of patients treated increased from 27,500 in 2010 to 34,000 in 2013, wait-times are remaining the same.
‍

‍The trend is even worse for this orthopaedic surgery: 56,700 patients were treated in 2013 (more than twice the number treated for hip replacements) and 90 percent had to wait nine months between booking date and operation.
‍

Radiation therapy was the only priority area in which 90 percent of patients were treated within Canada’s targeted four weeks. Cancer treatment wait-times vary according to the location of the cancer within the body and severity. Due to the nature and treatment of prostate cancer, longer wait-times of three months are expected.
‍

Provincial wait-times for CT Scans and MRI Scans are the latest indicators to be integrated into the priority list (added in 2013)6. The longest wait-times are for MRI scans, with patients in Alberta, for example, waiting 250 days from the date of ordering the procedure to the scan.
‍

In Canada, 35.16 million people live within 10 provinces and three territories. Out of that number, 85 percent are concentrated in just four provinces: Ontario, Quebec, British Columbia and Alberta. The longest wait-lists are in these four provinces, although the specific needs in terms of medical procedures differ individually.
‍

In Alberta, the data collection system is similar to Ontario’s. Time-wait estimates are based on the number of patients treated within the last three months. Both Alberta and Ontario have the highest wait-times in Canada for cataract surgeries, 8.4 months. Long wait-lists also exist for orthopaedic surgeries, especially for knee replacements for which patients wait, on average, almost 10 months.
‍

The reality of long wait-times in Canada has encouraged some patients to explore outbound, cross-border healthcare solutions. Different factors strengthen this trend:

Wait-time indicators are often captured in the media and are a major healthcare concern for Canadians. Canadians are accustomed to travelling: 7.4 million overnight trips in 2007 and, in 2013, approximately 50,000 were medical tourists8; Patients benefit from a continuity of care: they will not lose their universal provincial medical coverage upon their return; Other medical procedures not covered by the public system — like optometry, dental care and plastic surgery — can be carried out abroad; Overnight surgeries in a private medical center are forbidden; going abroad would be the only solution to avoid waits-times regarding hip or knee replacements, for example.
‍

Canadians are tired of wait-times and are more eager to travel to Latin America, India, East Asia, or the United States for medical treatments. However, crossing borders remains a major disincentive for patients who are used to a public system that covers their costs up-front.

Positive and thorough prior communication with the general physician and healthcare facilitators, combined with the use of tools — like the online platforms developed by the Medical Tourism Research Group of Simon Fraser University in British Columbia9 — are essential to ensuring a safe and successful experience.
‍

Edouard Convain is financial and risk manager with MEGA Assistance Services, Inc., a Vancouver-based company that has provided medical assistance services for more than 25 years to Canadians and foreigners traveling in North America and worldwide. He helped to build MediTravel International, which helps Canadians and Americans find medical solutions abroad. e.convain@meditravelinternational.com

6.    Data is unavailable for someprovinces (Newfoundland, Labrador, New Brunswick, Quebec and BC).