When Legends Are Made: Medical Tourism, Stem Cells and Starr QBs 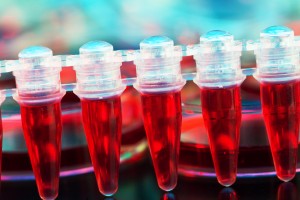 If fans of the Green Bay Packers get their wish, their stars will align just right and their Hall of Fame quarterback, who recently returned from a second round of stem cell treatments in Tijuana, Mexico, will make a triumphant return to historic Lambeau Field on Thanksgiving Day.
‍

Cherry Starr says her husband, Bart, 81, who led the Packers to five National Football League championships and was the named Most Valuable Player in Super Bowls I and II, is all but certain to be on the field to see another former Packers star, Brett Favre, have his No. 4 jersey retired during a ceremony at halftime of the upcoming game against the Chicago Bears.
‍

It's the kind of heroics that legends like Bart Starr, have been known for. The latest tale begins back in 2014, following two strokes, when he could barely walk. With nothing to lose, he sought medical tourism options in Tijuana for experimental stem cell treatments that have yet to be approved for use in the United States.

Starr's particular clinical trial — injections through his spine involved the bone marrow of a young adult and the neural cells from brain tissue derived from a legally donated fetus in the United States.
‍

I know there's a lot of controversy about it, but I'm comfortable with it, Cheryl Starr told USA Today. Bart and I lost a first child at 4 months that we were expecting. If I could have contributed to someone's health with donating my fetus, I would have gladly done it. It would really make me happy to know I was helping someone.
‍

Stemedica Cell Technologies, based in San Diego, manufactures stem cells and ships them across the border to Tijuana so that Starr and others can help improve their quality of life while moving the science forward.

Starr is not the first celebrity athlete to take the medical tourism route to Novastem clinic, in Tijuana. Hockey Hall of Famer Gordie Howe and former San Francisco 49ers quarterback John Brodie both did so as well.
‍

We all want to get better with whatever ails us … hope is a very powerful generator of human motivation, said Dr. Larry Goldstein, who directs the stem cell center at the University of California — San Diego.

Because the U.S. Food and Drug Administration has categorized autologous stem cells as drugs, the transplant process must go through the same rigorous phase trials that a new pharmaceutical would. Despite the relaxed government oversight, the potential to ease suffering and dramatically reverse their disease has been too much for patients to ignore.

In the past decade, fueled by developments and connected by the internet, scores of patients have begun to trust the doctors and science behind stem cells therapies and seek medical tourism options that boast cures for a wide range of diseases from sagging skin to cancer.
‍

Scientific progress has not always kept pace with the enthusiasm for regenerative medicine, said Renée-Marie Stephano, president of the Medical Tourism Association, upon returning from a medical tourism conference and trade mission in China, where, only recently, Chinese scientists made news for using human embryonic stem cells to nurse mice afflicted with Alzheimer's disease back to health.

Even though only a few diseases are treatable through stem cells, science is knocking on the door to develop new therapies for patients with specific ailments once thought to be incurable.
‍

It is that optimism, coupled with fear of living with a condition that continues to worsen, that has driven patients frustrated by the limited effectiveness of standard treatments to the other side of the world — from Russia to India and Germany to Panama — for stem cell transplants.
‍

Stem cell research is expensive, but backers of the science say it can not only save lives, but serve as an engine for economic growth. Derek Newbold, a business developer for The Grand Bahama Port Authority and Certified Medical Tourism Professional (CMPT), thinks so. He believes the opening of a stem cell clinic this year in Freeport is a positive step toward attracting medical tourism-related investments and patients, particularly from the United States, looking for regenerative medicine.
‍

Tijuana has as many as 20 clinics offering adult stem cells therapies. In the past year, Novastem has treated more than 50 patients for ailments that range from congestive heart failure to orthopedic injuries.

Skeptics say the science is unproven. Cherry Starr claims that stem cell treatments certainly helped her husband, who could barely feed himself after his strokes last year.
‍

Despite suffering a life-threatening lung infection in September that undid much of the progress he'd made since his first round of the experimental stem cell treatment in June, Bart Starr recovered enough to make a second trip to Tijuana in November. Now, with a few prayers and guarded expectations, the Green Bay Packers icon expects to watch his old team honor its newest hero and unveil Brett Favre's retired No. 4 high atop the Lambeau bowl faade, raising the profile of not only stem cells treatments with it, but the hopes of patients like him who have nothing left to lose except the will to live.
‍

Join the Conversation on LinkedIn