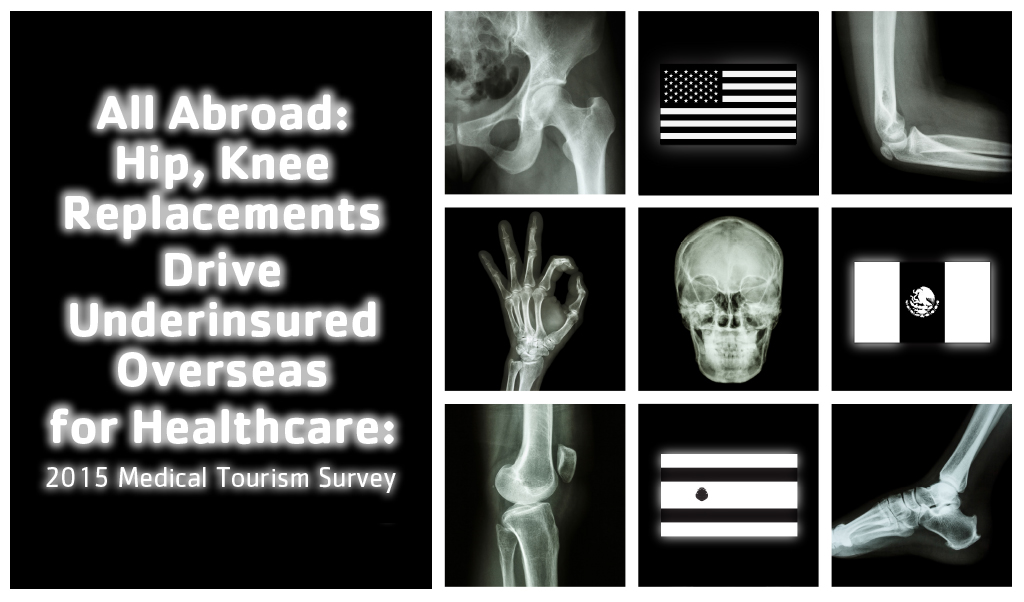 As the cost of hip and knee replacement continues to vary across the United States and international borders consumers  insurance carriers employers and patients  are comparing the cost and quality of doctors and hospitals abroad to find the best options for care based on a new poll the Medical Tourism Association announced.
‍

Twice as many patients contemplating medical tourism opportunities cited an interest in orthopedic surgery -- including hip and knee replacements  compared to consumers who were seeking implant cardiovascular oncology and ophthalmology according to the 2015 Medical Tourism Survey.

Cost and quality concerns including doctor shortages hidden fees and poor coordinated care continue to move patients to consider medical care beyond their traditional boundaries said Renée-Marie Stephano President of the Medical Tourism Association. As these issues become priorities healthcare systems  in the Middle East Asia Latin America and in the United States and Europe  are stepping up to satisfy the needs of patients who have can-do attitudes about their health and well-being.

And savings from $4900-$8600 were enough of an influence to spur a decision to travel for healthcare. Past experience future interest and prime motivators for medical travel were evaluated from 1650 sampling units of a total population of 2300 randomly selected website registrants based on a self-administered questionnaire.