An International Provider's Perspective on the U.S. Financial Crisis 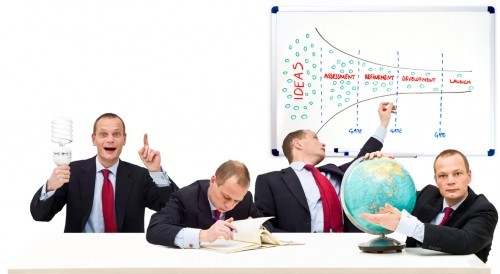 Turn on the news these days and it’s hard not to feel a little glum. Companies are cutting jobs, foreclosures abound, and retirement funds are going up in smoke. Though economic forecasts may vary, there is little doubt that that the U.S. (and therefore much of the rest of the world) is now in the midst of a deep and possibly long-term economic recession.

What does this mean for the medical tourism industry and for providers in particular? Will a global recession slow or perhaps even stop medical tourism in its tracks? Or will the opposite occur as tightening wallets force more people to look overseas for cheaper healthcare options, in effect spurring the growth of medical tourism? For hospitals and other medical tourism providers, these questions are topmost on our minds. After all, medical tourism is principally driven by economics.

Currently there are two opposing views regarding the possible effects of the economic crisis on medical tourism. Some experts feel that the crisis is going to negatively impact the industry. They argue that during a shrinking economy people will put off spending on anything but bare necessities; this includes non critical healthcare procedures. They point to several well-known international hospitals and medical tourism destinations, principally in Asia, that have recently acknowledged a decrease in overseas patient volume.

Others argue that just the opposite will happen. They believe that the recession will push the uninsured and underinsured to look for cheaper healthcare options abroad. In other words, less money in your pocket will effectively force you to look overseas for your much needed hip replacement procedure. Additionally, and more importantly, they point out, the recession may finally force insurance companies and self-funded employers to dip their feet into the medical tourism waters. The latter possibility alone would elevate medical tourism into the mainstream and transform it into something radically different from what it is today.

Which view is the correct one?

I believe the correct answer, if there is just one, may perhaps be found in the grey area between both extremes. Though I’m no expert in economics, I and others on our staff at Hospital Clinica Biblica have considerable experience on the provider side dealing with overseas patients, medical tourism facilitators, insurance companies and even self-funded employers. Being on the frontlines of the medical tourism process, so to speak, has allowed us to absorb information from a wide variety of sources.

The Big Bang or the Big Bust?

How has the crisis impacted us thus far?

Between mid 2007 and mid 2008, our hospital experienced a three-fold increase in the number of overseas patients. This type of volume generated high expectations for the remainder of ‘08.

Then last July we began to notice a leveling off in the number of overseas patients visiting our hospital. This did not worry us too much so we continued to plow along expecting things to pick up any day. By the end of September, however, we had began to notice a significant decrease in the number of incoming patient leads. September and October are traditionally our low months, but the numbers we were seeing suggested that the economic crisis was starting to rear its ugly head.

By the end of October the situation had worsened to the point that I began speaking to some of our medical tourism facilitators to see how the crisis was affecting them. All but a few admitted to a significant drop in patient leads as compared to the previous year. This wasn’t good news, and as mid November came along we had pretty much come to terms with the reality that our big bang of a year was about to end with a soft little peep.

Then at the beginning of last December, with apparently no rhyme or reason, patient leads suddenly jumped up again and have not abated (in fact they are increasing every day as of this writing in mid January ‘09). Some of the facilitators I have talked to corroborate the fact that they are currently experiencing a significant increase in patient leads.

What are we to make of this? Were October and November an aberration, attributable to the election season, high oil prices or some other unknown cause? Or is the current boom itself an anomaly that will evaporate as quickly as it appeared?

Before proceeding further I must acknowledge that this is still rather meager evidence with which to make any sweeping assumptions, particularly when much of it may only apply to our neck of the woods. It seems safe to say that the dynamics swirling around this crisis are still much too fluid for one to hazard a firm black or white answer. On the other hand, we can make some educated guesses.

So What’s Really Going On?

My feeling, based on what I have personally witnessed so far, is that in the short term the crisis will reduce overall patient flow to overseas providers. However, I don’t believe all providers will be affected equally. Cosmetic and non critical care procedures will suffer more than core procedures such as cardiac, orthopedics and perhaps even weight loss surgery. This is only to be expected as in a tough economy people are more likely to postpone spending for elective procedures. Therefore hospitals that focus or specialize in “light” elective procedures will probably be hit harder than those that are known for more critical care procedures.

I believe this behavior fits well with what we are presently seeing both around the world, and at Hospital Clinica Biblica. Over the past three months our data shows a moderate reduction in plastic surgery confirmations as compared to orthopedic and weight loss surgery, which have increased significantly.

But how do we explain the sudden increase in overseas patients? My theory is that although we are starting to see numbers similar to those we saw at the same time last year, they probably would be much higher had the recession not kicked in. Obviously this is just a hunch which cannot be proved.

So what are the implications of the crisis for providers, and how do we prepare to meet the oncoming challenges and opportunities that will undoubtedly arise?

Hospitals may be tempted to wait out these uncertain times by cutting back on advertising or postponing marketing initiatives. Prudent as this may seem, we need to be careful not to get so far out on the sidelines that we miss the huge opportunities that may come our way.

I believe the more sensible approach is to carefully reexamine our strengths, see where we stand, and then be willing to innovate and think outside the box.

For example, you may discover that you have a large population of expats that are not effectively being reached. If this is the case you might think of creating a highly targeted medical check-up package tailor-made for this demographic in order to acquaint them with your hospital. Don’t have many expats? Then create a similar program for tourists.

You may want to narrow your focus to a few highly sought after procedures and then create special packages that are convenient and attractive to your target market.

Maybe your patient follow-up protocol or customer relationship skills are a little under par. To compensate for the possible reduction in patient leads, you need to make sure that each request is followed-up diligently and with extra care. You might think of creating a newsletter, putting a patient referral system in place or offering repeat patients a preferred customer card.

In Hospital Clinica Biblica’s particular case, we have spent several years nurturing relationships with facilitators and our overseas customer base. These initiatives have begun to bear fruit and may explain, to some extent, our current yet fragile success.

The Future is Now

In the final analysis however, what we have seen up to now may only be a drop in the bucket compared to the potential patient numbers available if insurance companies and self-funded employers include medical tourism in their health plans. If this happens, and some say it is not a matter of if but when, then the current trickle of patients could quite literally become a flood.

Already it seems the recession may be speeding up the clock and forcing companies that were on the fence to quickly move beyond the wait and see approach to actual implementation. In the last year companies such as Blue Cross Blue Shield of South Carolina, WellPoint, US Now, and Swiss Reinsurance Company have taken concrete steps in this direction and no doubt there will soon be more to follow.

Granted there are still stumbling blocks such as liability and aftercare that must be addressed, however, medical tourism offers too much of a savings advantage to be left alone for long.

Providers seeking to benefit from this “new wave” of medical tourism must establish relationships with these companies and seek innovative solutions to address potential stumbling blocks.

In the end, the long-lasting legacy of the financial crisis for medical tourism providers may be that it forces us to recognize that the current landscape is changing, medical tourism is evolving and that we must evolve with it rather than blindly embracing the status quo. Those that do adapt will be prepared and positioned to reap the potential rewards to come.