Bahrain Leads the Way for Medical Tourism in the GCC 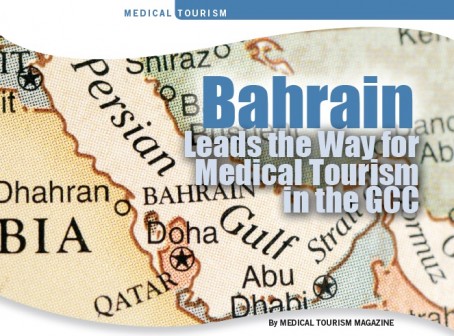 Bahrain has been in the news recently, due to the protests which have occurred there and all across the Arab world known as the “Arab Spring.” The protests were not successful. If it were not for the “Arab Spring” few of us would have heard of the nation. Bahrain is ruled by His Royal Highness Hamad bin Isa bin Salman Al Khalifa who has been king since 2002. The small nation is in the Persian Gulf, and is made of 33 islands the largest of which is Bahrain Island. Recently, Bahrain like many of the Gulf Cooperation Council (GCC) nations are trying to develop and bill themselves as medical tourism destinations in order to draw in more tourists, and to develop their own local medical industries. Bahrain happens to be an example of a GCC nation who realizes the potential medical tourism offers them in terms of tourism, development, and economics.

As Captain Mahmood Al Mahmood, a member of the Bahraini parliament said “The concept of medical tourism in general is not available in the Gulf, so people in the region are turning to western and other Arab countries for treatment in specialized hospitals that provide substantial services.

It is a matter to be addressed as a priority of Bahrain’s Economic and Tourism development strategy as this sector is growing steadily.” Tourism has recently become a part of the economy of Bahrain, with 7 million visitors in 2009, and restaurants and hotels alone accounting for 3.2 percent of the total Gross Domestic Product (GDP) of the same year.

These numbers were down from the year before. The main bulk of Bahrain’s economy is petroleum production and processing which is 70 percent of the governments and 11 percent of the total GDP, which is less than the other GCC nations dependence on petroleum.

Bahrain is diversifying their economic industries, they are the leading producer of aluminum, which is their second largest export after petroleum, they are also moving into financial services and Islamic Banking. These industries helped Bahrain become the fastest growing financial center in 2008 according to Global Financial Centers Index in London.
‍

In order to bring the tourism numbers back up, Bahrain is aiming to establish a medical tourism sector which is unavailable in the entire Persian Gulf region. Captain Mahmood Al Mahmood proposed that land be set aside for healthcare projects.

He has also put forward the idea of adding international branches to many of the existing hospitals. By doing this he hopes to bring more money into one of the fastest growing economies in the Arab world, as well as creating new jobs in a new sector for the country’s youth.
‍

The small nation only has a handful of hospitals spaced out neatly across the 257 square miles of the country, with more being built right now. This number is perfect for the small population, roughly 1.25 million people. There is amble space for the locals who receive free or heavily subsidized healthcare, and the small population keeps waiting times down.

The problem with the Bahraini healthcare system is that they spend less on healthcare per capita than its European counterparts, spending $792 per capita where as Germany spends $2,817. The hospital bed density is 1.9 beds per 1000 people.

Bahrain is also understaffed, with 1.442 physicians per 1000 patients. The trends here in Bahrain also carry into the other GCC nations, who face similar problems.
‍

On the whole however, Bahrain is one of the healthiest countries in the GCC, infant mortality is down, and average life-expectancy is up. As of now, only 2.6 percent of the population is over the age of 65 and 77 percent are between the ages of 15-64, with the median age being 30. This population will keep aging putting more strain on the system.
‍

The actions of Bahrain are part of a larger trend across the GCC of building a medical tourism destination to increase tourism and the local healthcare industry. Frost & Sullivan expect the total of GCC medical expenditures to triple by 2018, from $46.12 billion to $133.19 billion.

Most GCC nations have government run healthcare making growth difficult because of the other expenses these governments have. Nations like the United Arab Emirates (UAE) and Saudi Arabia have recently embraced public-private partnerships (PPPs). These PPPs have saved the governments around 25 percent of healthcare costs.
‍

These savings will fuel much needed growth. The rising population in the region combined with the increase of lifestyle diseases creates a disease burden the regions may not be able to handle. The disease burden and the medical tourism industry will generate the need for 90,690 more hospital beds by 2018 according to Frost & Sullivan.

The region is already understaffed, so more doctors and nurses will be needed in order to care for all of the new patients.
‍

The recent unrest in the region is a hindrance to all tourism into the area, and medical tourism is no exception. But from this unrest is a chance for Bahrain and the rest of the GCC to reinvent themselves.

During the troubled times they can build the hospitals, and train the doctors they need to create a medical tourism industry in the area. Once the dust settles from the political upheaval people will want to visit the region, to see these new democracies, and if these nations play their cards right medical tourism will flourish as well.