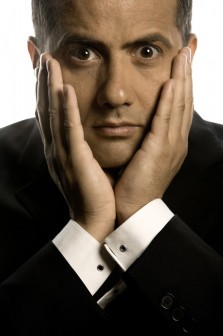 The geeks are a gaga! Imagine Larry Page, the Top Geek ‘n Guru of Google saying: “We have a serious Marketing problem.”
‍

Google it, but you won’t find those words from Larry’s lips, would you?  Google is God for crying out loud! Omnipotent and Omnipresent, Google is the very Top Shelf of Top of Mind Awareness! Larry Page has a Marketing problem???
‍

No, he doesn’t…YOU do!  And Larry’s quote was directed specifically at Scientists, but he could have been ‘talkin to me, ‘talkin to you, ‘talkin to ANYone who’s trying to sell an idea; market a product; make some money…
‍

At The American Association for the Advancement of Science, Page called scientists “great citizens,” but they needed to become engaged in politics, in business and the media to do more “great things.” Harnessing the full potential of science and technology requires a much better job of Selling of Science to policymakers, to business leaders, and to the public. “Science,” he said, “has a serious Marketing problem.”
‍

Addressing the “Marketing Problem” for the Nicolet Bank Business Pulse©, CEOs quantified what Page said. When asked how effective their Marketing was at producing Sales, 40% of CEOs said their efforts were ONLY Fair – or Poor: Serious, indeed!

‍
Ideas, products, businesses and science projects are ALL dependent on Marketing yet, 40% of CEOs have a problem?
‍

1.) CEOs are unhappy because it’s difficult to breakthrough ALL the Clutter. (85% say they are Very, Moderately or Somewhat Concerned about it.);
‍

2.) CEOs are unhappy about Cost. (82% are either Very, Moderately or Somewhat Concerned about Marketing expense.);
‍

3.) CEOs are unhappy with Marketing’s inability to measure results (76%).
‍

Google “Marketing,” and you’ll get 768,000,000 results. There must be one or two GOOD ideas to make a CEO a happy? How can a Problem exist with all that good data out there?
‍

ONE PROBLEM: CEOs in the Nicolet Bank Business Pulse© say their Marketing is: “by Committee.” (That’s usually a DISASTER!)  A Management Team/CEO is responsible for Marketing in 77% of the companies; 5% have a Marketing Team; 2% use their Board of Directors; 9% say, Other…Other?  There is an “Other” out there??
‍

Eight percent use a CMO (OATK* was the Term of Endearment preferred by one CEO.)

ANOTHER SERIOUS PROBLEM: Integrating Marketing with Sales: 76% of CEOs are Very, Moderately or Somewhat Concerned (and it’s been that way since Nicolet Bank started collecting data on the subject of Marketing and Sales).
‍

ASIDE TO CEOs: True Integration of Marketing and Sales ONLY occurs inside The Human Resources Department: Since the average tenure of a Sales Executive is about the same as a Marketing Exec, the best opportunity for “integrating” them is either on their way in, or on their way out!  END ASIDE
‍

As with the Marketing Strategy, the Marketing Messaging is mostly developed in-house (58%); 9% use an advertising agency exclusively; 33% use a hybrid of in-and-out of house suppliers.
‍

“How well does your ad agency understand the link between Marketing and Sales?” 52% of CEOs said, “They don’t understand it at all.” (Odd, isn’t it, that the average ad agency tenure*** is almost the same as the ‘average Marketing Exec and the ‘average Sales Exec.)
‍

Nineteen percent said their agency Fully gets it; 18% said they, Generally Understand; 5% say they Don’t Really Seem to; 7% are Not Sure. New York Mets CEO Casey Stengel once said: “Can’t anyone here play this game?”
‍

Scientists, CEOs, CMOs all have a Marketing problem: Can’t anyone play this game? Apparently, YES!

Addressing the Marketing Game before the Wisconsin Technology Council, University of Wisconsin Professor Dietram Scheufele, PhD., said this about Larry Page’s Manifesto: “An unfortunate statement because it reinforces a concern scientists have: that they have to ‘spin.’ On the other hand, he’s absolutely right!”
‍

“There are similarities between commercial marketing and how we communicate science. We’re dealing with a public that is not overly informed – or interested. In order to connect, we need systematic research and strategic communication. It’s all about understanding audiences and developing targeted messages based on careful public opinion research.”
‍

“Cognitive Misers,” Dr. Scheufele labled us!  And marketing to Cognitive Misers is the real Problem. How do all those Misers out there form opinions about your ideas; your products; your business?
‍

“It’s unrealistic to expect people to sift through masses of information to draw up a reasoned conclusion,” Scheufele said. “We are mostly Cognitive Misers – drawing upon a minimum amount of information. What is crucial is how an issue is ‘framed’ – the context in which it is communicated and how it fits with peoples’ pre-existing thinking. Understanding these aspects is crucial to effective science communication.”  Science – and your business, too!
‍

The Harvard Business Review tackled The Problem a few years ago: “Marketing is in ferment as traditional advertising declines in efficacy. With buyers increasingly savvy, how can companies resist relentless commodification and distinguish themselves from rivals?”
‍

Authors Francesca Golfetto and David Muzursky framed an approach Scheufele might favor for Misers: Emphasizing expertise in the business, as distinct from the quality of one’s product. “Competence-based Marketing is especially persuasive in business-to-business relationships that involve hard-to-access goods or follow-on services.”
‍

The problem with Harvard, however, is that Quantifying Competence generally takes longer than the average CMO’s tenure. What other strategy will CEOs use to attract all us Cognitive Misers in 2009?
‍
54% will use Word of Mouth/Testimonials
‍
16% will use Advertising
‍
15% will use PR
‍
11% will use their Website
‍
5% don’t have a Primary Strategy
‍

For 2009, CEOs are planning to use More, or Somewhat More – with Peer-to-Peer (+41%) and Social Networking (+30%) The Top Two choices. CEOs like 2.0 because it’s trackable; it’s easier to reach specific audiences; it attracts attention and, CEOs are confident 2.0 is where their Marketing Problem will be solved.
‍

CONCLUSION: For next year anyway, CEOs will have many more tools and much more talent to throw at the challenge of reaching, connecting and selling to Cognitive Misers. They can NOW concentrate on:  The Serious HR Problem of recruiting the right person to fix The Serious Marketing Problem.
‍

Like MOST people in the World, Michael Bina fancies himself a Cognitive Miser; he draws upon a minimum amount of information when writing articles for the Medical Tourism Association.  He has a hard time sitting still for a sales pitch much less learning anything about it.  He DOES, however, overly concern himself about the acquisition of knowledge regarding the field of Marketing and Sales…and thinks he’s pretty hip about what’s happening