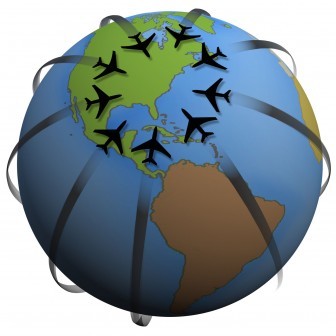 As medical tourism continues to grow, developed nations, such as the United States, see large number of Americans traveling abroad for medical procedures.  However, there continues to be a growing interest in inbound medical tourism in the U.S.  There are an increasing number of international patient departments in U.S. hospitals marketing to these patients.

These hospitals and clinics are offering inbound medical tourism services to patients who come to the U.S. for higher quality than they can receive in their home country, access to procedures that are not available in their country’s healthcare facilities, freedom from long wait times or the rationing of procedures because of national governmental regulations, because of the ability to combine tourism opportunities in the U.S., and/or (believe it or not!) because the price differential- paying for services in cash in the U.S. may be less expensive than in their home country.
‍

Back in the 90s, the Methodist Healthcare System (which was the employer of one of the authors at the time), a multi-billion dollar subsidiary of HCA in South Texas, was engaging in leading-edge Medical Tourism marketing to recruit (particularly affluent) Mexican nationals to San Antonio, Texas to receive various medical procedures.

These foreign nationals would typically pay in cash and offered an additional, profitable, and non-traditional revenue stream for their flagship urban hospital.  Since then, many U.S. facilities have expanded their marketing to attract international patients and have developed international patient departments.
‍

As recently as October of 2008, a group of hospitals in Southeastern Michigan (including The University of Michigan Health System, Detroit Medical Center, Henry Ford Health System and St. John Health System) announced an advertising program to try and recruit foreign patients to that region.  Since 2004, using nothing other than their website for advertising, these facilities were able to attract patients from 11 different countries and so they felt it was time to become more aggressive in their marketing.

They are pushing back against foreign hospitals that have been heavily advertising in the U.S. to offer patients lower-cost medical care.  Calling it ‘reverse medical tourism,’ these facilities began a national advertising campaign intended to attract patients from the U.S. and around the world to some of its ‘centers of excellence’ medical programs.
‍

In another example, the Shady Grove Fertility Center, which is the Washington/Baltimore area’s largest in vitro fertilization (IVF) and fertility clinic gave IVF treatment to more than five dozen British patients in 2008 (a 350% increase from 2007).  This is a reversal of the medical tourism flow of Americans going overseas in search of less costly elective medical procedures.

In just a little over a year, Shady Grove Fertility Center has set up innovative partnerships with three fertility clinics in the UK.  In addition, they held informational seminars hosted in the UK for potential donor egg patients.  These British fertility patients, who need to use donor eggs rather than their own, were flocking to the Shady Grove Fertility Center because, in the UK, egg donors are neither paid nor guaranteed anonymity and donor eggs are scarce.

Wait times in the U.K. can be as long as three years and choice of donor is often limited.  In contrast, Shady Grove Fertility not only pays donors, but also offers an innovative way to reduce waiting.
‍

time and cost for donor eggs.  This center was looking to replicate this success and was going to explore similar relationships in potential partner clinics in the country of Ireland2.

Following UCF’s lead, other Central Florida hospitals (such as the two large hospital systems- Florida Hospital and Orlando Health) and clinics have begun encouraging patients from abroad to come to Orlando for medical treatment.
‍

In a very recent Orlando Business Journal article  and a Fox News Orlando  report, local physician Dr. Kirti Kalidas, discussed the $17 million USD expansion of his Center for Natural & Integrative Medicine in Southwest Orange County.  By late 2010, he will have expanded his clinic to include an 87,000 square foot, 126 room Cambria Suites hotel so out-of-town and out-of-country patients can stay the week, get health screenings, enjoy the spa, and engage in detoxification (also he is hoping to attract other healthcare providers to a 20,000-square-foot medical office building as well).

He is one of only around 30 doctors in the country that has both a traditional M.D. and a Naturopathic license and his clinic offers various alternative and integrative procedures such as Vitamin IVs, Hyperbaric Oxygen Therapy, Ozone Therapy among its alternative wellness programs.
‍

Dr. Rolando D. Rodriguez is spearheading the effort for the Greater Miami Chamber of Commerce to make South Florida the world’s No. 1 international gateway for healthcare (the Baptist system in Miami is one of the most popular destination for international patients.  It had 12,000 foreign patients from 100 foreign countries in 2008).  Six years after the death of an ambitious joint effort to make Miami a major healthcare destination for wealthy foreigners, a new group has formed to try to do the same thing.

This group expects that these efforts could be a boost to the local economy (hurt by the decline in the housing sector and the global recession) and also lead to improved healthcare for local residents as providers upgrade services to compete on a global scale.  The University of Miami had started an ambitious program to attract foreigners wanting quality care and since its expansion, international traffic has gone up about 20 percent.

The City of Jacksonville also boasts of having the Mayo Clinic and the University of Florida Proton Therapy Institute at Shands that attract thousands of international patients every year.
‍

Many of these Florida hospitals that cater to international patients offer concierge services (e.g., picking them up at the airport, finding hotels, showing relatives where to shop while the patient is recovering, etc.).  These hospitals go out of their way to be much more customer-friendly oriented in order to attract foreign patients.

It was suggested by the president of a Florida public hospital that handles their international business that all aspects of the hospital have to be aligned with the marketing image.  The lobby has to be nice, things have to look good, and even a public hospital can’t look like a typical public hospital.
‍

In its 2008 report on medical tourism , Deloitte and Touche (D&T) suggested that in 2008 there would be more than 400,000 non-U.S. residents that would receive care in the United States and spend almost $5 billion for health services.  International patients currently make up almost 3.5% of all inpatient procedures performed in the U.S.

By 2011, D&T suggested that those numbers could rise to as much as 800,000 patients annually.  Some of the most common treatments that international patients are seeking are: Cancer/Oncology; Orthopedic; Cardiovascular; and Cosmetic.
‍

Some of the advantages for hospitals that have inbound medical tourism are that medical tourists tend to pay commercial charges or higher for medical services, and that they tend to be more affluent than general patient populations.

According to the D&T report, several initiatives have been helpful in promoting clinical programs related to U.S. inbound medical tourism:
‍

1) the establishment of international partnerships and the formation of international health care projects have increased awareness of the opportunities for foreign patients to travel the U.S. for care;

3) having foreign physicians and U.S. physicians training abroad (helps to increase the number of referrals to the U.S.); and

4) U.S. medical centers making an effort to serve embassy contacts and the relatives of ethnic groups within their own communities (to increase referrals among family members internationally).

Hospitals typically offer discounts on their gross charge rates for uninsured foreigners if they pay in advance.  But currently, popular inbound patient venues are reporting that more of their foreign patients have insurance coverage than ever before (the Cleveland Clinic reports 90%, Mount Sinai says 60%, and Baptist Health International Center in Miami has about 70%).

It is stated that “even wealthy people would rather pay an insurance premium than $500,000 in cash”.   This will be a future trend with less international patients paying in cash and instead utilizing a more diverse slate of financing alternatives (including U.S. health insurance programs).
‍

In addition, Complementary and Alternative Medicine (CAM), which is even more popular in some areas of the world than in the U.S. (all 18 hospitals named by U.S. News as “America’s Best Hospitals” provide some type of CAM services; and according to the American Hospital Association’s Annual Survey of Hospitals- 19.8% offered CAM in 2006), are expected to be integrated as part of the traditional procedures offered for these patients.

Although initially, inbound medical tourism had been dominated by large teaching institutions (typically ones that enjoy positive national and/or international reputations).  Expect that in the future, more non-teaching and for profit hospitals and clinics (retail clinics, a non-traditional competitor, have increased by almost four times in the last 2 years, from just 250 clinics in 2006 to close to 1,000 in 2008) will enter the market as the population of affluent people rises worldwide.
‍

Finally, as the movement towards more government intervention and reimbursement impacts U.S. facilities in the near future, expect that more hospitals and clinics will begin to market to these higher-margin patients.
‍

David G. Vequist IV, Ph.D. is the founder and Director of the Center for Medical Tourism Research (www.medicaltourismresearch.org) – the very first Medical Tourism research center in the world.  He is also an Associate Professor of Management in the H-E-B School of Business & Administration at the University of Incarnate Word in San Antonio, Texas, USA.  He is also a consultant, author and speaker on topics such as medical tourism, healthcare trends, and technologies.  He can be reached at vequist@uiwtx.edu.

Erika Valdez, a native of Mexico, and just graduated from the MBA program (May 2009) in the H-E-B School of Business & Administration at the University of Incarnate Word in San Antonio, Texas, USA.  She is a Graduate Assistant at the Center for Medical Tourism Research (www.medicaltourismresearch.org) and a promising speaker and author in the area of medical tourism and economic development in developing nations.  She can be reached at eri.valort@gmail.com.