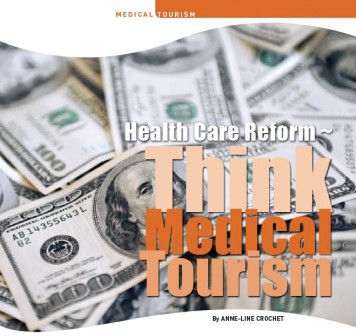 The American health care system is mostly employer-based however 46 million residents remaining uninsured adding to the fact the U.S is the only industrialized country which does not guarantee access to health care as a right to citizenship. The World Health Organization ranked the U.S 37th in this matter of health-care in 2000. Ten years later the numbers of uninsured keep growing and a significant number of employers are moving in the direction of shifting health care cost onto workers by increasing co-pays and deductibles. After one year of struggle the 23rd of March 2010 the Obama administration passed the health care reform bill into law reforming the system that Democrats battled to change for 20 years.‍

Reforming the health care system brought the concept of medical coverage available for all. To do so employers are now playing a bigger role in providing or encouraging health care coverage for the employees.Starting in 2014 large employers must offer health coverage to every full-time employee under penalty of $166.67 per month and per employee starting at the 31st employee. Plans offered should not include pre-existing condition exclusions and the waiting period should not exceed 90 days.

For small employers there are no consequences in not providing health coverage to their employees. In the case that they do so tax credits will be available up to 35 percent of health insurance premiums starting in 2010. However lots of large employers are responding to growing cost pressure by dropping their employees health insurance coverage. Indeed paying the penalty fee became cheaper under the health care reform law than paying for coverage.

What if employers could provide coverage to their employees and reduce their cost? Alternatives exist and medical tourism is one of them. Traveling abroad to undergo surgery is an ancient yet becoming an altogether new trend in the corporate world and destinations are numerous: Latin America Asia Middle East offering cheaper first-class surgery.
‍

Medical tourism remains a new concept for employers and employees. The idea of traveling abroad seems seductive to employees and attractive to employers who are seeking cheaper healthcare. American Apparel is strongly researching about it American Apparel Benefits Manager Jacqueline Madrigal said. I think lots of employers are going to look outside the box.Employers all over the country are looking for ways to decrease their employees medical expenses providing appropriate health coverage concurrently.

Medical tourism when well supported provides high quality health care at low cost. Applying that concept to the health care reform law issues would benefit the employers and the employees.Indeed having any surgical procedure is expensive in the United-States so why not go abroad and spend two three ten times less money on the same surgery and for the same results as quoted by Medical Tourism Association President Renée-Marie Stephano and CEO Jonathan Edelheit in their book: Medical Tourism An International Healthcare Guide For Insurers Employers and Government.

For example a heart bypass costs more than $144000 in the U.S while it costs only $5200 in India they write as an example of the cost differential.Providers compete on the basis of price  they also compete on the basis of quality which is why were seeing an interest in medical tourism Devon Herrick senior fellow for the National Center for Policy Analysis said. Besides even though medical tourism is a growing industry stable basis have been settled.

Being a knowledgeable hospital does not happen overnight. International accreditation and ratification systems have to be implemented such as ISQUA or JCI accreditation making it easier for patients and employers to determine the quality of services in a specific hospital. Local accreditations can be a sign of quality however international standards are considered more reliable.

In that way medical tourism offers a low cost high quality alternative to companies and employees. Also employees choosing to go overseas can receive extra-incentives while the company can significantly decrease its health care expenses. Employees are willing to learn more about medical tourism and its opportunities.I have employees asking me about it (medical tourism) I received letters and e-mails Madrigal said.

They are sending me e-links.However the medical tourism concept at first sight can appear hostile to a lot of people. In that way according to Midwest Group on Health President and CEO Larry Boress employers should promote their medical tourism program and educate employees about it. Employees don understand how lower care can still be high quality just by traveling Boress said.

But they need information and motivation.According to him the biggest failures happen when the employees don have enough information or trust about medical tourism. That can include peers testimonials or credible sources of information.Some employers made a start applying medical tourism concepts domestically. Employees are traveling within the U.S seeking cheaper and high quality health care.
‍

Few years ago Lowes Companies launched a partnership with Cleveland Clinic in Ohio. Cleveland Clinic is rated number four in Overall Best Hospitals and first place in Heart Care by US World & Report as they provide care at cost well below the national norm. Thus Lowes employees are able to travel for complex surgery.

So far 15 employees have completed surgical procedures here.Lowes Companies Senior Vice President Robert Ihrie said: Employees hope they don have to use this option but they are proud to be part of the program.A first step in medical tourism who can lead the way and show that traveling for medical care can be a safe alternative.
‍

Anne-Line Crochet is Communications Intern for Medical Tourism Association. With a Masters degree in political science a Minor in journalism Anne-Line provides professional expertise to our public relations and editorial functions. Previously a staff writer for French publications Fragil and Ouest-France she is fluent in English and French and conversant in Spanish and Russian languages. Anne-Line writes for MTA's Medical Tourism Magazine and Health Tourism Magazine. She can be reach at AnneLine@medicaltourismassociation.com