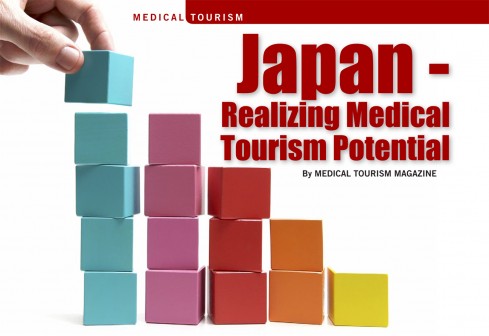 Japan has already been accepting thousands of patients from overseas annually – mainly from other Asian countries – as it has great tourist attractions as well as high-quality medical care. But, attracting these overseas patients has never been a major focus, until recently. The Japanese government has realized the rise in popularity of medical tourism and is now prepared to make efforts to become part of this.

Japan is known for its cancer specialists and its work in heavy particle radiotherapy and regenerative medicine. But despite the high-quality medical care the country offers, it falls short compared to other Asian countries.

According to the Japan Tourism Agency, Thailand sees 1.2 million patients and Singapore sees 620,000 patients from overseas each year. Japan is now aiming at becoming the top Asian destination for medical care by 2020, with an estimated 430,000 international patients annually.
‍

What are they doing to increase these numbers?

Around 1,000 international patients visit Kameda General Hospital in Kamogawa, Chiba Prefecture each year. This hospital is known for its state-of-the-art technology and attracts mainly wealthy Chinese patients that typically pay for services out-of-pocket, generating a lot of revenue.

The hospital realized it needed to take steps to improve the service and increase the number of these high-paying patients.  In March 2011, the hospital set up a department solely to deal with medical tourists and hired a Chinese doctor to run it.
‍

“Maintaining high-quality medical care can also benefit the community. However, from a management perspective, it is necessary to improve our capability to receive overseas visitors,” said Takaaki Kameda, director of the hospital in an interview with The Daily Yomiuri.
‍

The government started a program in January 2011 to issue entry visas for people coming into the country for medical purposes. These visas enable travelers to receive treatment for up to six months or double the period of a regular tourism visa.
‍

The number of visas issued is also being used as a way to estimate the number of medical tourists coming to the country, a complicated number to assess. According to the foreign ministry, 70 medical tourism visas were issued in 2011, including 31 to Chinese people and 23 to Russians.

However, this is not necessarily an accurate way of counting because many patients enter the country on tourist and business visas. Plus, patients often visit with additional travelers, and some travelers don’t even need visas to enter.

So experts say the total number is much greater. A Japan Tourism Agency surveyed 12,066 foreign travelers to Japan in 2011 and found that 261, or 2 percent, said they received health check or medical care during their stay.
‍

The government has also realized that international patients will be attracted to a hospital that is accommodating to them, especially in areas such as language barriers and cultural differences. This summer the Health, Labor and Welfare Ministry will introduce a system to certify medical centers that will provide treatment to foreign patients. This system is aimed at increasing the number of hospitals across the nation that will be equipped to handle these traveling patients.
‍

The certification will be given based on hospital screenings conducted by a third-party panel.  Hospitals will be screened based on certain criteria such as: a consultation desk for foreign patients, interpreters, surgery consent forms in foreign languages and vegetarian menus.
‍

“An increase in the number of foreigner-friendly hospitals would lead to improved medical care in Japan,” said Toshiki Mano, a professor at Medical Risk Management Center of Tama University, in an interview with The Daily Yomiuri. “Japan lags behind other countries in developing a system [to accept foreign patients]. I believe the certification system will be the first step.”
‍

Smaller measures that have been taken to boost medical tourists are things such as:

Another possibility for branding Japan

The Ugandan government along with the Tokushukai Medical Group of Japan has partnered up to develop a new hospital that will specialize in advanced heart surgeries, kidney transplants and other procedures that Ugandans usually seek from developed countries like India and South Africa.  The government currently spends over $150 million annually on sending citizens abroad for treatment; this hospital is expected to eliminate that.
‍

According to the World Health Organization (WHO), there are 1.2 physicians per 10,000 people in Uganda, compared to 6.0 in India, 20.6 in Japan and 26.7 in the U.S. Uganda has a long way to go to be on a comparable level, but this hospital is a step in the right direction.
‍

This project was initiated under a Memorandum of Understating signed in Tokyo by President Museveni and Dr. Torao Tokuda, the Tokushukai group chairman. Seventy percent of the funding for this hospital, which is estimated to cost over $120 million, will be supported by Tokushukai and the African Development Bank (ADB).

Once the President commissioned the Joint Clinical Research Centre (JCRC) for this project, he also expressed commitment from the Government to co-fund the construction of the hospital.
‍

The JCRC complex in the Lubowa, Wakiso district established in 1990 to provide support to the national HIV/AIDS challenge will be home to this new hospital. The hospital will have two wings and four floors, one wing will be dedicated to treating the local poor that cannot be treated in the country but also cannot afford to travel abroad for care. The first phase of this project will have 600 beds.
‍

Opening a foreign specialized hospital in a country or region where one is needed is a way to help a country’s population improve its healthcare, at the same time it serves as a model of how to expand a hospitals brand and create new patient referral systems and partnerships.

While the aim of this hospital may not be to promote medical tourism, this is another step in the right direction. Once a brand is developed and successful, it will start getting international recognition, and maybe those interested do not want to travel to Uganda for care, but would opt for the original hospital in Japan.
‍