Medical Tourism and Obamacare: Self-funding Employers in Search of Benefits to the Affordable Care Act 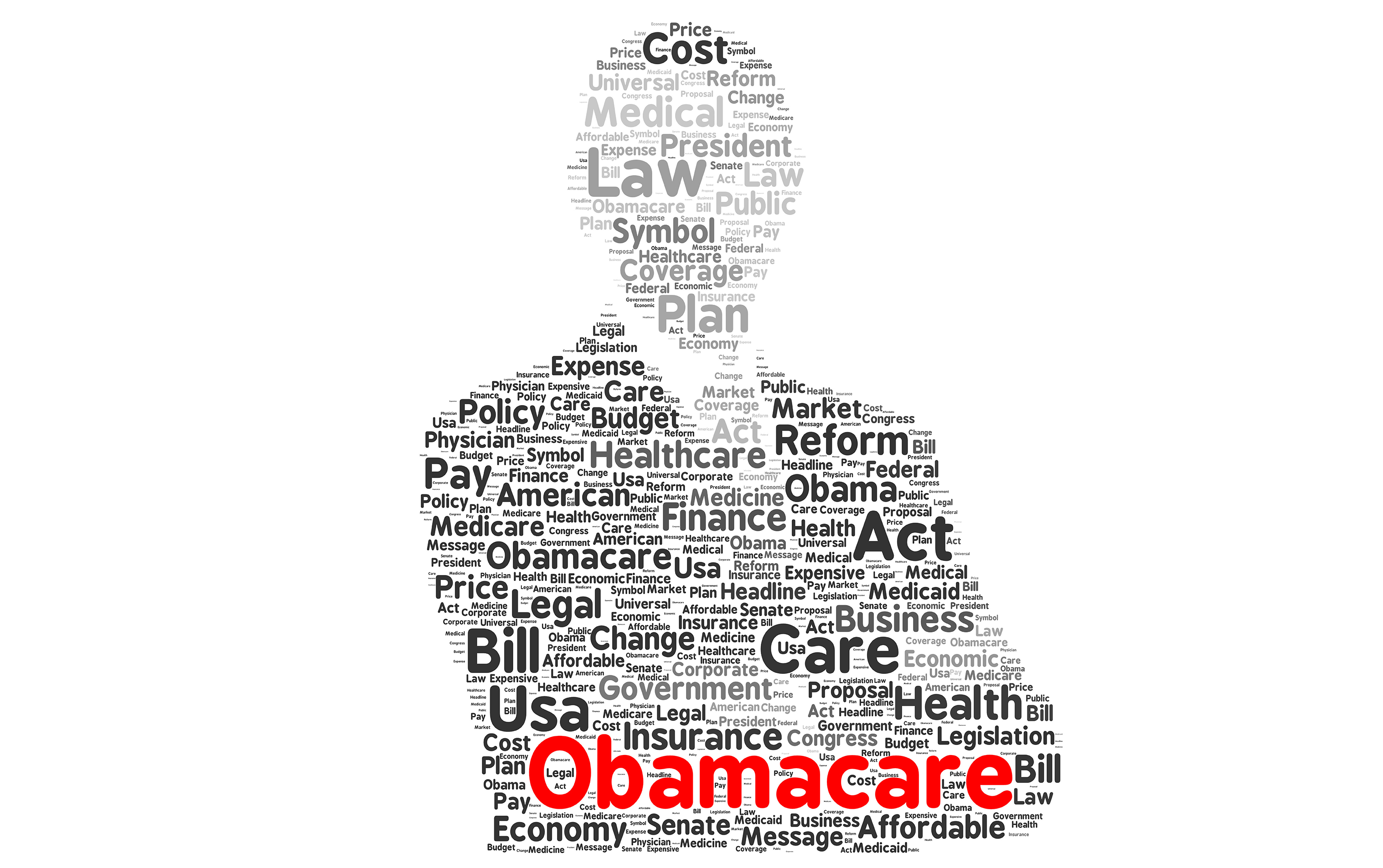 The Affordable Care Act – or Obamacare as it’s been dubbed – has enabled some Americans to afford health insurance for the first time, but despite its fanfare, delays and even Supreme Court rulings, providing fair-priced employee benefits remains a challenging prospect for U.S. employers, who, to their credit, are identifying strategies, such as self-funding, that reconcile healthcare offerings with financial goals of the business – attracting and retaining healthy employees while maintaining the bottom line.
‍

A majority of Americans don’t feel good about their healthcare. That’s because the Affordable Care Act — the landmark U.S. health insurance legislation known as Obamacare – is providing them with little meaningful coverage. Some of the disgruntled believe the chief domestic policy initiative of President Barack Obama is actually undermining its signature promise: affordable and accessible healthcare for all.
‍

How could that be?

Health insurance companies across the United States are hiking premiums by as much as 40 percent or more. All of this means middle-income Americans — many of whom were promised that “If you like the plan you have, you can keep it” under Obamacare – are watching the cost of health coverage rise faster than their median incomes.
‍

Nearly 10 percent of household income now goes to pay premiums and deductibles. In other words, obtaining health insurance does not guarantee the ability to pay for care. What’s worse, about a quarter of all non-elderly Americans with private insurance coverage do not have sufficient funds to pay even a mid-range deductible, which at today’s rates would be $1,200 for single coverage and $2,400 for family coverage, according to a Kaiser Family Foundation report. More than one-third doesn’t have the resources to pay higher deductibles.
‍

No wonder public support for the Affordable Care Act is at an all-time low. Just 39 percent of registered voters in the United States, according to a Washington Post/ABC News Poll, are happy with the law.

That’s a bottom last reached in 2012, two years after the overhaul became law. On the other hand, 54 percent of Americans oppose the legislation. That’s a six-point uptick in the past year, alone.
‍

Ordinary Americans who see the costs of healthcare reform exceeding their benefits are not the only ones concerned. Sweeping changes written into the legislation have the potential to cripple businesses, as well, if they haven’t begun to do so already.
‍

Employer-sponsored plans, from which nearly two-thirds of Americans receive their healthcare coverage, have been among the hardest hit. And because employers have gradually shifted the cost for insurance on the shoulders of working Americans, about 150 million laborers and their eligible dependents have watched their costs rise dramatically in the past decade – with or without passage of the Affordable Care Act.
‍

With the Affordable Care Act, apparently, here to stay, employers are running out of ways to save money. Deductibles are high, health savings accounts and health reimbursement arrangements plans have been implemented – so, what’s left for employers to save money? Implementing a medical travel program is a great way for employers to save 3 percent to 7 percent of their total spend first year if done correctly. With tremendous savings — in places like Puerto Rico, the Cayman Islands, or Costa Rica — an employer can design a win- win solution for both employees and their companies. –Morgan Pile, Senior Vice President, WILLIS.

The average cost of family coverage, in 2014, grew by 3 percent – or three times faster than wages — to $16,834, of which an employee paid $4,823.1 And that does not take into account higher deductibles and larger out-of-pocket costs.

About a quarter of all non-elderly Americans with private insurance coverage do not have sufficient liquid assets to pay even a mid-range deductible, which at today’s rates would be $1,200 for single coverage and $2,400 for family coverage. About a third doesn’t have the resources to pay higher deductibles.2
‍

To offset expenditures even further, businesses responded to Obamacare mandates by trimming their provider networks in their most popularly-priced plans, moved employees to part-time status or dropped coverage completely.
‍

Relief does not appear on the horizon. Next year, businesses with 51-100 employees will be required to comply with a slew of Obamacare regulations that are predicted to increase premiums by 18 percent for some 150,000 companies that insure about 7 million workers and their dependents.3 Employer-sponsored healthcare programs, once considered the gold standard of coverage and a tactic to attract and retain the most talented workers, could soon become a burden rather than an asset, or so it seems.
‍

These are anxious times within the healthcare community – for providers and consumers alike, those with employer-based coverage and those who depend on the Obamacare exchanges, many of whom are learning about copays, deductibles and medical costs as they go and suffering painful and financial consequences in return.
‍

Employers are not immune from these concerns. The most proactive companies – about 84 percent — will continue to tweak their programs to soften the escalating costs associated with offering health benefits rather than accept a $2,000 fine for each employee not provided with insurance.4 But, knee-jerk reactions to the employer mandate that cut hours and staff levels won’t accomplish much else other than lower worker morale.
‍

There’s always the option to complain, to look for a scapegoat, to point to the largest insurance companies, some of which have recently consolidated their clout with U.S. healthcare providers to, perhaps, increase costs even more. Or employers can react boldly, to find better, more synergistic approaches that balance a commitment to provide affordable health insurance to their employees against the stark realities of keeping their financial investments solvent.
‍

Because so much has been said about healthcare reform, any talk about solutions, such as medical tourism, has been difficult to hear – until now. The time is ripe to reshape healthcare conversations into health and wellness strategies that convey affordable coverage, quality treatments and reliable outcomes.
‍

With passing of the Patient Protection and “Affordable” Care Act and the fact that this law does not address afford- ability, agents & brokers must look to other avenues to ad- dress the rising cost for their employer clients. At HAFA, we believe knowledge is power and having all of the tools possible in your tool chest. Medical tourism is one of those such tools that agents and brokers must understand, be able to ex- plain and have the ability to offer the ‘MT Option’ to their employer clients. Ultimately, the decision is up to the client, however, should an agent/broker not take advantage of learning more about domestic and international medical tourism, we feel another broker will, and clients could be lost to a more knowledgeable professional. –B. Ronnell Nolan, HIA, CHRS President/CEO – HAFA Health Agents for America, Inc.

Whether or not Americans are sold on Obamacare — polls say they aren’t and the Congressional Budget Office, which estimates required coverage for individuals will cost $5,800 a year or more by 2016, projects they won’t be any time soon5 — medical tourism should not be perceived as a tough sell to the insurance companies and employers they represent, but rather an attractive bargain for consumers who just want to feel good about their health.6

The rise in healthcare costs and a better understanding of the benefits of medical tourism have really begun to spur interest with U.S. companies. With that in mind, there are a number of legislative initiatives aimed at providing a hospitable legal landscape for medical tourism, both inbound and outbound. James R. Napoli, Partner, Seyfarth Shaw LLP.