Opting for the Obamacare Penalty? Making Common Sense Profit out of Nonsense 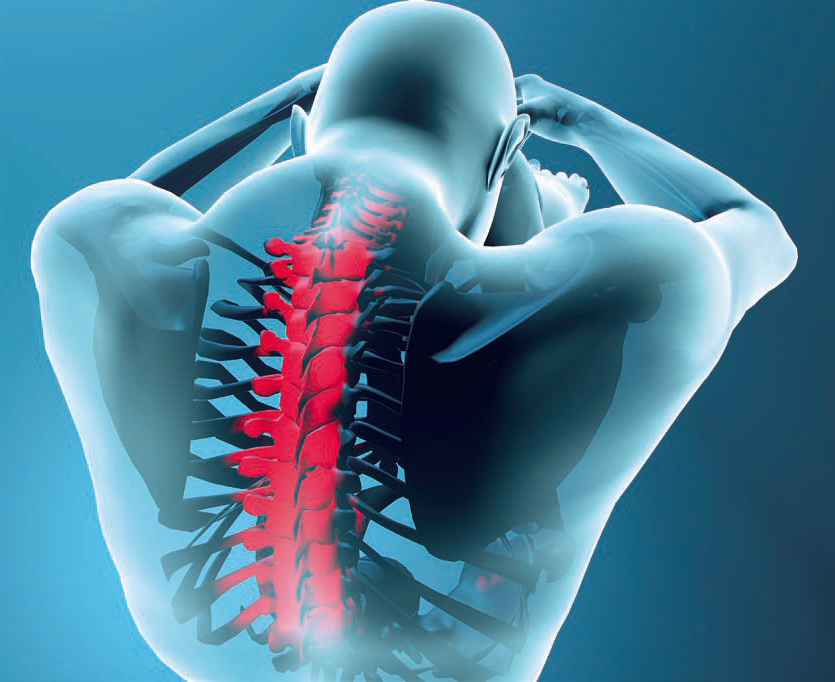 Behind the emotions, the technical glitches, and all of the uncertainties is a sinister side to Obamacare that is rarely, if ever, mentioned. Is White House hype pushing a product that will produce? That is, will Obamacare improve the health of the nation or are Americans being forced to buy insurance for a vehicle with faulty steering?

Chronic disease statistics are ugly. They confirm in neon bold that the medical system, waiting to gobble up all those new-found, socialized dollars, is inept. It’s clueless how to reverse disease trends, beginning with chronic degenerative diseases – the number one cause of death — from Alzheimer’s to heart disease and cancer.
‍

Under the expanded system, practitioners beholden to pharmaceutical industry greed will continue to pocket profit, but with even less responsibility while those in need wither away. Medical tourism is a source of hope because among its offerings are hand-picked, alternative health solutions – including those that work.

The success of the medical tourism industry depends on doing better and presenting health solutions at lower cost. By partnering with effective remedies, medical tourism companies are filling a vital need; a demand that will only multiply as more people are forced to be part of a medical system fed by priorities that have little to do with health.
‍

Is the absence of healthcare at fault or is it too much of the wrong care?

Concerns spill to youth. Frightening autism statistics announce that something is acutely wrong with the health of the nation, starting in the womb. “One-in-68 U.S. children has an autism spectrum disorder,” reads the headline. “It’s a 30 percent increase from 1-in-88 two years ago,” according to the CDC. If autism was a relative unknown 30 years ago, in the State of New Jersey the incidence is 1-in-45 children.
‍

Is the absence of healthcare at fault or is it too much of the wrong care? For one, researchers are looking into whether the ultrasound exam or sonogram during pregnancy isn’t tied to the rise in autism. For more than a decade, the United States has had one of the highest infant mortality rates among the 14 wealthiest countries. Clearly, something is horribly wrong.
‍

The United States has the most expensive healthcare in the world, spending more than the next 10 biggest spenders combined: Japan, Germany, France, China, England, Italy, Canada, Brazil, Spain and Australia.
‍

A sampling of costs reveals:

Preventable medical mistakes account for one-sixth of all annual deaths in the United States or 440,000 preventable deaths, making driving a car 10 times less dangerous for a healthy person than entering a hospital.
‍

Adding a curative diet program at a spa, hotel or health retreat presents an opportunity to grow ‘big’ in a niche market.

The article, “Therapy that Works – Prime Essential for Inbound Medical Tourism,” in the June/July 2013 issue of Medical Tourism Magazine, introduces the understanding that effective treatment of “incurable” chronic presentations is possible by way of dietary intervention. Adding a curative diet program at a spa, hotel or health retreat presents an opportunity to grow “big” in a niche market.
‍

Chronic Diseases and an Anti-inflammatory

Diet Researchers generally agree that diet can influence the course of Alzheimer’s and other inflammatory, neurodegenerative diseases like MS, Parkinson’s, IBS, psoriasis and arthritis, but a consensus in the medical community regarding what factors in anti-inflammatory diets might make one more effective than another has yet to be reached.
‍

Inflammation is the human system’s response to stress or injury, which can be physical, chemical or biological (tick bite).

As such, inflammation marks the start of the healing process.
‍

When a tight-fitting shoe results in a blister, the human system responds by forming a bunion or callus to protect the foot from further injury. Inflammation in organs and tissues can be as small as a pin prick. When unchecked, attendant, unstable molecules known as free radicals spread the death of cells and expand injury.

Like a grain of sand that is covered over with pearl by an oyster, inflammation is the response to an irritant that gets covered over with scars and plaque, hence the term “sclerosis.” In chronic illnesses, irritants don’t go away.
‍

Cholesterol is relatively inert and cannot cause the damage witnessed in the aortas of persons who die from atherosclerosis.

In the 1970s, when most of the medical world was trying to link “risk factors” to heart disease, the Oster-Ross research team that I had the privilege of joining was focused on inflammation and non-toxic methods for blocking inflammatory processes in chronic illnesses.
‍

K.A. Oster, M.D., chairman of medicine and chief of cardiology, at St. Vincent-Park City Hospital, in Bridgeport, Conn., explained to me, “Cholesterol is relatively inert and cannot cause the damage witnessed in the aortas of persons who die from atherosclerosis.

The knife-like damage to the artery wall, including characteristic scrapes and scars, cannot be caused by the Bambi that cholesterol happens to be. The culprit has to be a lion. Enzymes are a lion.”
‍

Enzymes participating in the inflammatory process require fuel in the form of vitamins and minerals. Interfere with their fuel supply and inflammation will be suppressed or even stopped, runs the thesis behind therapy. Natural healing can then outpace cyclical damage. As good as a theory might be, proof is in the pudding. Therapy has to be effective in the real world of patient aches and pains.
‍

By suppressing inflammation long enough for natural healing to take over, Oster was able to remedy non-healing diabetic foot ulcers in more than 100 patients to avert the amputation of affected limbs.
‍

A multitude of apparently unrelated diseases may actually be only one many-faceted disease so different disease manifestations may be amenable to a similar treatment.

Not only did our group succeed in blocking inflammation long enough for healing to occur in atherosclerosis, but the discovery was also made that several seemingly different diseases, namely, angina pectoris (chronic chest pain), diabetic foot ulcers, multiple sclerosis (MS), psoriasis and gout are driven by the same inflammatory processes. The symptoms are different because each disease presentation occurs in different locales.
‍

“A multitude of apparently unrelated diseases may actually be only one many-faceted disease,” Oster writes in Medical Counterpoint, in 1973. “Different disease manifestations may be amenable to a similar treatment.”
‍

The discovery looms big considering that inflammation has been found to link more than 50 illnesses. A common cause means a common approach to treating them is possible.
‍

Can Therapy stop the Downward Spiral of Alzheimer’s?

After Oster and Ross retired and passed away, I continued the work. Taking the nuances of each patient and each malady into account, individualized solutions are created, based on the concept: “Food can be medicine and medicine food,” – an understanding first introduced by Hippocrates, the father of modern medicine, some 2,500 years ago.
‍

Each year, I see hundreds of patients. One of the more promising areas of work addresses neurodegenerative diseases like Alzheimer’s employing nutritional protocols to halt the progression and downward spiral. Restoring memory remains a challenge so the earlier a customized diet plan is started, the better. Today, we’ve improved the method and are able to halt inflammation flare-ups in some two dozen of the most challenging presentations.
‍

Since therapy consists of dietary recommendations and guidelines, the burden of responsibility for implementing them is on the shoulders of the patient. In many presentations, the patient is not able, for one reason or another, to implement them.
‍

Some men have never cooked in their lives and when a spouse passes away they can’t cope with preparing required menus.
‍

Sometimes a disease is advanced and patients are incapacitated, physically or mentally, and cannot prepare meals.
‍

In the past 20 years, I’ve set up curative diet programs in European resorts and spas including those in exotic locations like Crimea – the same Crimea that has been in the news, of late. Crimea is thriving, even though travel to the health Mecca is limited via flights through Moscow. Since the peninsula is now part of the Russian Federation, a Russian visa is now required.
‍

Medical tourism is a healing state of mind and a healthy appetite as much as travel to a particular destination, near or far.
‍

The most recent medical tourism program that I’ve implemented, “Right at Home,” is in the United States. The international company, RAH, based in Omaha, provides special-care workers in the home. Special care includes cooking for those in need. I provide the customized diet plans, specific for each person and each illness.
‍

Sometimes, I’m asked why I refer to the Right at Home special-care program as medical tourism. I view any healing location that is outside of hospitals, clinics and doctor’s offices as medical tourism, even if you’re only going as far as the back yard for lunch by the pool. Medical tourism is a healing state of mind and a healthy appetite as much as travel to a particular destination, near or far.
‍

Protégé of cardiologist K.A. Oster and professor D.J. Ross, Nicholas Sampsidis is an international authority on chronic, inflammatory degenerative diseases and a pioneer in their treatment. Applying more than 40 years of research to practice, Sampsidis formulated a unique, nutritional solution for preventing and reversing chronic degenerative diseases – the ORS Method.

A graduate of Bowdoin College, Sampsidis works out of several wellness centers, where visits can be scheduled. For patients restricted to home care, he oversees a pilot program with Right at Home, Hicksville, N.Y., in which patients have curative diet meals prepared at home by trained personnel. nsampsidis@healingwell.net ; +1 516-937-8568.