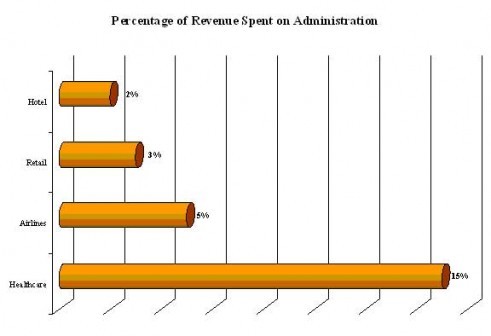 We all recognize that there is no perfect payment system. The historical fee for service method does not align quality of treatment and treatment results with reimbursement ~ but rather with volume of treatment. Financial incentives have been demonstrated to change behavior. The current Pay for Performance method established by many insurance carriers is intended to reward providers for achieving certain performance measures for clinical quality and efficiency. So the theory is that high quality should be rewarded and that better care will lead to better outcomes. The question isis it working?

WHY PAY FOR PERFORMANCE?

Today there are only a few system-wide implementations of the pay for performance plan and most projects are still pilots. Med-Vantage and The Leap Frog Group projected there will be 155 Pay for Performance programs in place this year compared to a mere 39 in 2003. The metrics are still being hotly debated by providers payors and regulatory agencies.

Opponents of Pay for Performance argue that P4P increases administrative costs. Many private payors are piloting new P4P projects that involve penalties. Although only few penalties have been enacted different structures are being discussed some of which include a reduction in base reimbursement as incentives increase.

These same payors are also placing more of the burden of measurement and reporting on providers in order for them to obtain Pay for Performance incentives and thereby increasing provider administrative costs. Lower performing providers are improving the fastest but receiving the smallest allocation of P4P returns. (JAMA October 12 2005)
‍

IS THE U.S. HEALTHCARE SYSTEM BROKEN?

It is no secret that employers are dropping insurance plans and cost shifting to employees. In some cases it takes 18-30 months for coverage to take effect. What about the quality of care received in the U.S.? It is estimated that only 55% of medical care received is actually the correct care for patients conditions. There is an average of 98000 deaths per year directly related to medical errors. With 47 million Americans uninsured and although healthcare is always on the political agendas at the national and local levels there does not appear to be any immediate solution in sight. Needless to say one of the greatest American myths is that we have the best healthcare system in the world.

A CRISIS IN NEED OF P4P

Healthcares share of the economy continues to grow and is projected to reach 19.6% BY 2016. U.S. healthcare spending far exceeds that of other developed countries both in terms of per capita spending and percent of GDP.

Physician Compensation and the Delivery of Quality Health Care

We all recognize that there is no perfect payment system. In fact financial incentives have been demonstrated to change behavior. The fee for service/volume system can encourage over utilization while prepayment or capitation risk models encourage wider utilization even when prevention is encouraged.

Salary systems without incentives can discourage effort and innovation. Peter Lee CEO of The Pacific Business Group on Health said We pay even if doctors make mistakes run unnecessary test and have to redo their work.Today there is no national set of performance standards against which physicians are measured. The CMS pilot project may be the first effort announced in 2003.

CMS administrator Tom Scully has criticized the current system for paying every healthcare provider the same rate whether they are the best or the worst. (New York Times July 11 2003) Under the P4P program medical groups submit data toward a common scorecard that grades them on patient satisfaction clinical treatment and investment in information technology.Some substantial payments are being made.

What do Physician Groups Fear about P4P?

Physicians have embraced some P4P models over the last several years. Beckman developed this model for physician stages of change P4P

The Stark Law prohibits a physician from referring Medicare and Medicaid patients for designated health service to entities with which the physician (or an immediate family member) has a financial relationship. A P4P arrangement may be exempted from the Stark prohibitions by meeting one of the following exceptions: personal services exception fair market value compensation exception electronic items and services exception.

In the hospital/physician model a hospital may become involved in a P4P or gainsharing program by contributing funds as part of the program. If this is the case a financial relationship with the participating physicians will be created and the financial relationship must satisfy each element of a Stark exception.

The Anti-Kickback statute prohibits the solicitation of offering of or payment of any type of remuneration (directly or indirectly in cash or in kind) in exchange for referrals or the arranging for the furnishing of health care that is paid for by federal health care programs. A P4P arrangement may be immune from Anti-Kickback liability if it meets one of the following Safe Harbors: investment interest personal services and management contracts electronic items and services.
‍

This Act prohibits a hospital from making a payment directly or indirectly to a physician as an inducement to reduce or limit services to Medicare or Medicaid beneficiaries under the physicians care. This is the major issue for gainsharing programs.

To avoid a price fixing charge an arrangement should indicate financial and clinical integration.

If a report questions the quality of care administered by a physician would the peer review privilege apply? Are the network decisions regarding credentialing and termination protected from discovery? Are patient surveys subject to discovery?

Do reported quality indicators make physicians more susceptible to malpractice claims? Will quality rankings be admissible in a malpractice lawsuit?

P4P arrangement may involve the sharing of patient information which would trigger applicable privacy laws. HIPPA concerns will need to be addressed or provider confidence will be an issue.Also in the future medical staff bylaws and rules and regulations need to be reviewed and possibly revised. Medical staff policies need to be reviewed and possibly revised to address a providers performance. Both the hospital and the medical staff should consider establishing loss control/loss mitigation strategies related to outcome data use.
‍

IS PAY FOR PERFORMANCE HERE TO STAY?

As reported in Health Leaders News on August 1 2006 100 healthcare leaders from hospital physician supply chain and policy sectors were asked to rank the top 10 most important issues that are transforming U.S. healthcare. Pay-for-performance programs were ranked #1.Paul Danello former counsel DHHS OIG wrote recently This is the beginning of the third wave of reimbursement not some fad.Mark McClellan 2005 in Quality Safety and Transparency: A Rising Tide Floats all Boats wrote During the next 5 to 10 years P4P could account for 20% to 30% of what federal government pays providers.

While Leslie Norwalk CMS wrote: The Premier Hospital Demonstration is showing that even limited additional payments focused on supporting evidence-based quality measures can drive across-the-board improvements in quality fewer complications and reduced costs.Another CMS leader was overheard comparing the CMS P4P pilot to the study of a new drug. His analogy compared P4P to a new drug the placebo was our current payment mechanism.

His analogy was that P4P was curing patients while the placebo group was remaining ill. He joked that possibly we should call off the study throw away the placebo and cure everyone by implementing P4P!Overall it looks like Pay for Performance has the right idea to at least improving the quality of care for patients. Although the providers find the program to be costly and unfair it would appear that at least the patients are reaping the benefits of a better quality of care.

‍Dan Bonk is the Executive Vice-President Central Region of Aurora Healthcare a successful senior healthcare leader for over 25 years. He is also an Advisory Board Members of the Medical Tourism Association.