By
Adrian P. Lubowiecki-Vikuk
at 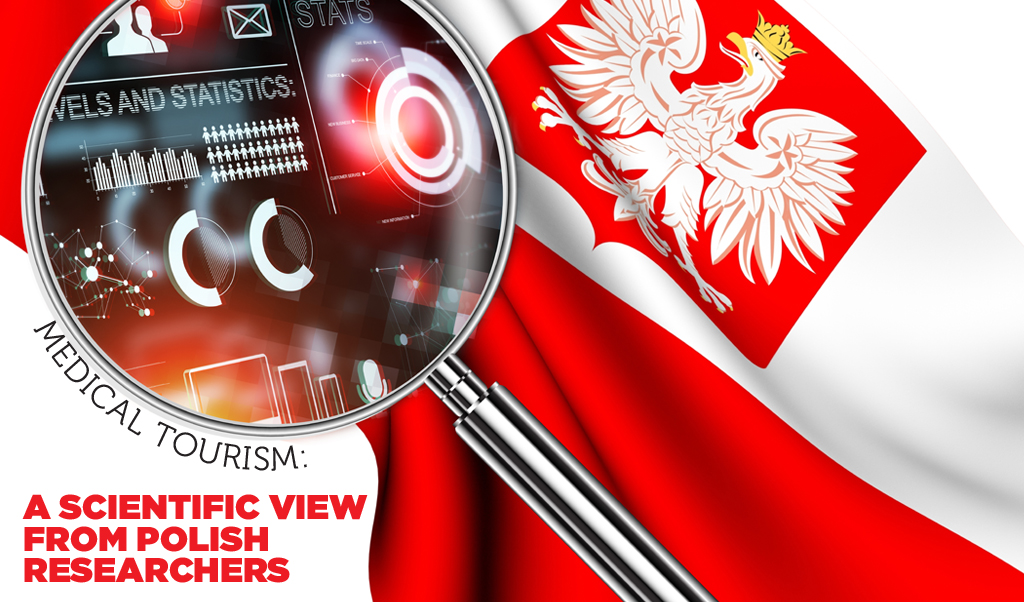 Scientific research provides reasonable grounds to believe that medical tourism will become an essential element of the global economy during the 21st century and an export product of special significance in Poland.
‍

Medical tourism is already considered a phenomenon of our times. Many researchers point not only to the huge potential but also to the substantial role medical tourism plays in local or regional economic development (Rab-Przybyłowicz, 2008; Białk-Wolf, 2010; Klich, 2012; Lubowiecki-Vikuk & Bosiacki, 2012; Rab-Przybyłowicz, 2012; Borek, 2013; Religioni & Religioni, 2015).
‍

Foreign patients spent about $200 million in Poland in 2009 on medical tourism. That figure increased by 20 percent two years later. Not surprising, the government chose to include medical tourism in the “Strategy for Tourism Development in Poland in 2007-2013” and will consider the sector for expansion in the years to come (Lubowiecki-Vikuk, 2013).
‍

Despite this reliance, medical tourism in Poland is still in its infancy and relationships are rather complex and multidirectional (Lubowiecki-Vikuk & Rab-Przybyłowicz, 2015). To create and standardize  the market, a series of joint actions should be taken that go beyond purely marketing to include support from the administration and sectoral institutions, as well as multilateral co-operation without which further development of medical tourism will be more difficult.
‍

Economists — rather than researchers in the humanities, earth sciences, medical and health sciences or physical culture – continue to study medical tourism. However, research since 2008 has been fragmented to include selected towns or regions in Poland and is by no means comprehensive.
‍

This research is not without merits. In Poland, regional studies will help adjust supply and demand in modern medical tourism markets. Therefore, setting up cluster initiatives, or – specifically – network clusters are crucial for the sector’s development (Bobowski & Haberla, 2014; Lubowiecki-Vikuk & Rab-Przybyłowicz, 2015). The clusters synergize science, the business environment and administration representatives to consider as such (Puchnarewicz, 2008; Niezgoda & Kowalska, 2015).
‍

The deeply rooted definition of health tourism is understood as any kind of journey made by patients beyond the place of residence for a day or longer to regenerate their physical or mental health, improve their beauty or undergo treatment or operations. Clinics advertise treatments via (Łęcka 2003) health resort tourism, spa & wellness tourism and medical tourism (Lubowiecki-Vikuk, 2012).
‍

Using this approach, medical tourism is a conscious activity in which a traveller (a medical tourist) aims to receive healthcare services – in his/her own country or abroad – to maintain (or improve) their health condition and/or aesthetic appearance of their body, which is sometimes combined with relaxation, regeneration of physical and mental strengths, sightseeing and entertainment (Lubowiecki-Vikuk, 2010).

According to the Polish Institute for Medical Tourism Research and Development (IBiRTM), medical tourism should be equated with travelling from one’s place of residence — mainly beyond the borders of that country — to make use of medical services included in the tourist package offered in a given destination.
‍

Medical tourism has specific functions that are educational, ethnic, cognitive, economic or political in nature and relate to issues concerning leisure and health as well as space shaping. Dysfunctions include controversial aspects of medical tourism.

The convoluted concept of medical tourism itself is a cause for numerous contradictions that raise questions about whether each foreign journey – including cross-border healthcare (Piotrowska et al.,2014) – and the use of any medical or peri-medical service should be considered medical tourism.
‍

Most of these categories create tensions involving those that are economic, religious, moral, cultural and social. The phenomenon of medical tourism has become an increasingly popular topic of research and scientific debate, especially in terms of legal, political and bioethical factors.

One example is the findings of the study on the development of pharmaceutical tourism in southern Poland (Lubowiecki-Vikuk & Mucha, 2015). The purchase of medicines, such as narcotics or emergency contraception drugs by foreigners, has been significantly debated.
‍

Polish scientists devote relatively little attention to medical tourists, which may result from the fact that access to these subjects is rather limited because, as a rule, such patients (both Polish and foreign) make use of services provided by non-public healthcare entities that fiercely compete against each other.

For this reason, the research is fragmentary and results do not show a comprehensive socio-demographic profile (Rasińska & Siwiński, 2014). Even the numbers of medical tourists — together with accompanying persons — are estimates only. This is why determining who are medical tourists in Poland and defining their needs and preferences is so difficult.
‍

Reports in 2011-2014 claimed Polish citizens dominated the medical tourism market along with Great Britain and Germany (Lubowiecki-Vikuk & Rab-Przybyłowicz, 2015). Poland was also visited by citizens of Ireland, the United States, the Netherlands, Norway, Denmark and Sweden for treatments.

Apart from the European Union, a segment of medical tourists visited from the Commonwealth of Independent States (Russia, Ukraine, Kazakhstan, and Uzbekistan) and the Persian Gulf (the United Arab Emirates, Saudi Arabia and Kuwait). More than 40,500 foreign patients (males mainly) used the services of pharmacies in southern Poland in 2014.

Research points to the need to train medical personnel and, consequently, include custom-made courses for medical tourism facilitators (Lubowiecki-Vikuk, 2012). The training would enable the acquisition of specific knowledge, skills and social competence required in the professional service of medical tourists.
‍

Unfortunately, the analysis of Polish scholars makes it impossible to work out unequivocal indices of this form of tourism. This poses an enormous challenge to researchers for conducting analyses to determine individual elements of the medical tourism market.

In particular: to indicate the socio-demographic profile of (both Polish and foreign) medical tourists, characterize their lifestyle, the pattern of their behaviour as consumers and in activities related to leisure and health regeneration (before and after the medical journey);to define the level and profile of expenditures and incomes related to the market; to establish the impact of civilization megatrends on the dynamics of the market development and of factors hindering it; to specify a marketing, legal and economic analysis of the operation and functioning of enterprises on the market; to regulate the degree of quality management of medical tourism products.
‍

Adrian P. Lubowiecki-Vikuk, who holds a Ph.D. in physical education, is an assistant professor at the Institute of Geography in the Faculty of Physical Education, Health and Tourism, at Kazimierz Wielki University, in Bydgoszcz, Poland. His scientific interests include factors affecting taking up sports and tourist activities by community, contemporary sports and tourism trends as well as medical tourism.