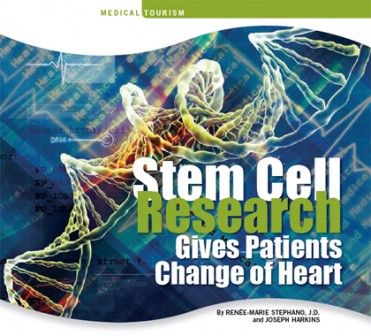 Doctors didn’t give him more than another year. Now, Jason Williams, who was diagnosed with Duchenne muscular dystrophy (DMD) when he was 7 years old and is a 30-something these days, doesn’t know how long he’ll last – and that’s a good thing for a big fan who is happy to have watched another season of Cincinnati Reds baseball.

A little more than a year ago, a team of doctors at Cincinnati Children’s Hospital implanted a Left Ventricular Assist Device (LVAD) into Williams during a groundbreaking surgery that had never before been performed on a Duchenne patient in the United States.
‍

Duchenne muscular dystrophy (DMD), a very common, but incurable form of the disease, strikes about one in every 3,500 boys worldwide between the ages of 2 and 6 years old, first confining children to a wheelchair and ultimately weakening the heart, complicating breathing and killing them by the late teens or early ‘20s. The recessive genetic defect is carried by the mother, but almost always afflicts young boys.
‍

The LAVAD functions like a left ventricle to help Williams’ weakened heart pump blood to the rest of his body, giving him additional energy and improving his health. Although the LAVD implant is often a short-term fix while patients await heart transplants, something boys with Duchenne are not eligible for, doctors hope to use the device in patients like Williams until stem cell therapies become a reality.
‍

That view may soon be more than a pipedream now that researchers at the Stanford University School of Medicine have developed a model in laboratory mice that mimics the same genetic mutation responsible for the disease in humans, but with only mild symptoms and without cardiac involvement.

The study, the first to demonstrate a molecular basis for the cardiac defect and primary killer for children with Duchenne, provides evidence of a potential treatment to help prolong heart function.
‍

Muscular dystrophy is a group of genetic disorders that cause muscles to weaken and degenerate over time. Each type is caused by a gene mutation that produces a certain protein in muscles to keep them strong and healthy. The most prominent symptoms consist of muscle, bone, and heart problems, and issues involving breathing, digestion and nutrition, and emotional and mental health.
‍

A number of treatments have been found to delay the progression of muscular dystrophy and make patients more comfortable including steroid medications to maintain muscle strength; stretching and other exercise; braces and splints; assistive devices like wheelchairs, computer technology; lifting apparatuses; and surgery to prolong walking.
‍

Stem cell treatment of muscular dystrophy has been thrown under the spotlight in the past couple years after clinics in Germany, The Netherlands and China reported successes, coupled with research from the United States and Italy on the efficacy of therapies.
‍

As thousands of Americans suffering with muscular dystrophy struggle to stand, run or jump, restrictions and some bans on stem cell treatments on patients continue in the United States, leaving many to look overseas for medical tourism therapies that are not available at home.
‍

One approach is to deliver healthy stem cells to patient muscles. The idea is that they will generate working muscle to replace damaged fiber. Another involves stem cells that reduce inflammation and slow the disease’s progression. International researchers are also studying how stem cells affect the maintenance and repair of healthy muscles in order to understand the process of degeneration from the defective gene.
‍

As thousands of Americans suffering with muscular dystrophy struggle to stand, run or jump, restrictions and some bans on stem cell treatments on patients continue in the United States, leaving many to look overseas for medical tourism therapies that are not available at home.

Scientists at Prosena Therapeutics, a biotechnology company based in The Netherlands, offered a ray of hope after reporting that patients who received three months of weekly intramuscular injections of the reengineered antisense gene strand PRO051 had experienced modest improvements in their ability to walk.
‍

Closer to home, a promising new study has researchers at the University of Illinois, excited that they have turned the corner in the battle against DMD by transplanting stem cells from normal mouse blood vessels into the hearts of mice afflicted with the disorder. The researchers found that the treatment prevented or delayed heart problems in mice that did not already show signs of the structural and functional defects associated with DMD.
‍

“This is the only study so far where a functional benefit has been observed from stem cells in the dystrophin-deficient heart, or where endogenous stem cells in the heart have been observed to produce new muscle cells that replace those lost in DMD,” said Suzanne Berry-Miller, professor of comparative biosciences at the University of Illinois and project leader. “I think it opens up a new area to focus on in pre-clinical studies for DMD.”
‍

However, the process of moving from medical trials to approved treatments is long and arduous. Legal barriers to stem cell use in the United States makes the process more tenuous. Moreover, muscular dystrophy patients are faced with the high costs of other treatments.
‍

According to the Centers for Disease Control and Prevention, the annual average cost in 2004 for medical care for privately insured patients with any type of muscular dystrophy was $18,930, ranging from $13,464 at the age of 5 through 9 years to $32,541, at 15 through 19 years of age.
‍

Increased costs further induce patients to seek medical tourism opportunities in foreign nations that offer effective and cheaper treatments. India has become a $3 billion per year medical tourism hub, partly, because it offers medical care at about one-tenth the cost of similar procedures in the United States — including stem cell treatments for muscular dystrophy — with fewer legal barriers.