Surgery Abroad: Medical Tourism Gets Down to Business 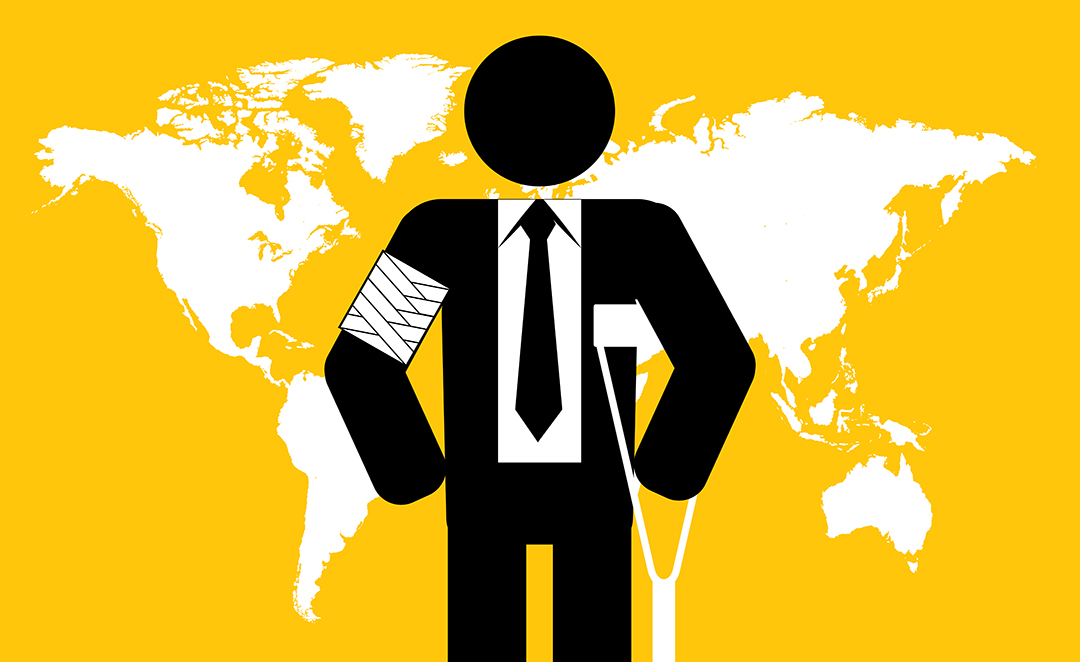 The path to transparent healthcare benefits, once through a funnel, doesn’t have to seem like a maze to millions of employers. True, healthcare has never been immune to confusion, but the idea to make medical tourism – both domestic and international – an integral part of an employer’s self-funded benefits package continues to run parallel with strategies and objectives that emphasize price-savings, quality care, and sustainable cost control.
‍

Success stories — both international and domestic — bear witness to what employers can accomplish when unleashed from the trappings of a health system frail with perverse incentives toward reducing the cost, quality and accessibility of medical care.
‍

To Cover or Not

A vast majority of employers who remain committed to providing healthcare benefits to their employees continue to sweat reform. In fact, while 95 percent of U.S. employers say that subsidizing coverage for active employees is a very important part of their compensation package, almost as many – 92 percent – expect to seek relief from employee-related health costs by changing insurance plan designs before 2018 to elude newly imposed excise taxes.1
‍

Healthcare costs this year are expected to increase by 4 percent after plan changes.2 To control costs and, at the same time, retain healthy and productive employees, an increasing number of these price-conscious employers are opting to meet human resource obligations by self-funding health insurance coverage, an alternative that provides a way for businesses to escape the most egregious parts of the Affordable Care Act.
‍

Simply put, self-funding empowers employers with the ability to customize a health plan that meets the specific needs of their workforce without compromising access to quality medical care and company profit margins. Employers who chose to self-fund enjoy tremendous flexibility in creating their benefit design plans. In other words, employers can ask themselves what they want to cover — certain vaccinations, chiropractors, obesity or infertility – what they don’t, and by whom they want the service provided.
‍

These are important questions that CEOS and the benefits managers charged with designing coverage plans must debate – not the least of which is whether they should continue to offer health insurance coverage to their employees — when identifying future strategies that reconcile healthcare offerings with financial goals of the business.
‍

A self-insured health plan allows an employer to directly fund the company’s employee medical benefits offerings. Rather than pay premiums to an insurance carrier – like Blue Cross Blue Shield, Aetna, or Cigna — to cover employee benefits, a business owner will pay-out-of-pocket from company assets to cover claims as they are presented.

Employers will often work through a third party to process claims and payments while taking advantage of the cost control, cash flow improvement and investment, and plan-design flexibility that self-funding offers.
‍

To prepare for catastrophic losses from unforeseen health plan expenses, self-funded companies buy an additional risk management tool, called “stop-loss,” which indemnifies an employer from the burden of severe or frequent claims.
‍

Stop-loss insurance allows a plan to set a maximum loss level on any specific situation or on the aggregate of the whole group for high-dollar medical claims, such as transplants, leukemia, renal failure and premature births. The employer chooses the specific stop-loss deductible, in other words the amount for which the company is responsible for each individual employee or dependent claim.
‍

Typically, the larger the group of employees covered, the larger the deductible, and vice versa. An employer covering say 500 employees may choose a specific stop-loss deductible ranging from $75,000 to $125,000 per claim; whereas, a group of 300 employees may warrant $50,000 per claim. A reimbursement maximum is stated in the specific stop-loss contract. Premiums can be paid monthly.
‍

Most self-funded plans have stop-loss coverage while maintaining their “self-funded” legal status. Almost three in five covered workers in self-funded plans are in plans with stop-loss protection.3 The number of U.S. companies that partially or completely self-fund their healthcare plans has increased from 44 percent in 1999 to almost two-thirds in 2012.4 Today, self-funding plans provide health insurance to more than 100 million Americans.
‍

Once limited to only large companies – 200 or more employees– self-funding is growing to include even more companies of all sizes. Part of the attraction to self-funding for small and mid-sized firms is that these plans are not subject to certain provisions of the Affordable Care Act including community rating requirements – that is, their rates are now based on their own specific claims and not those of other companies in their geographic region.

Community ratings are a major driver behind increased premiums because, under the ACA, insurers are barred from considering health history and current health status of employees.
‍

Self-funding has become a vital health insurance option for U.S. employers. Not only does self-insurance help control healthcare costs, when managed efficiently and effectively, plans can lead to higher wages for workers and more resources for employers to invest in job creation.
‍

However, not everyone is sold on the path toward self-funding. Some – including the Obama administration – believe more government oversight and regulation is needed to ensure the stability of stop-loss markets, especially in the protection of small employers and their employees.
‍

That would be an unsettling blow to those self-funding companies like Sheffield Pharmaceuticals, a small manufacturer in Connecticut which cut its healthcare costs by $400,000 in four years; SpearUSA, an Ohio labeling company which slashed benefit costs by 29 percent in the same period; or Columbia Power and Water Systems, a local utility in Tennessee which lowered claim costs by $500,000 in seven years.

All pointed to how self-funding served as an alternative to increasing healthcare costs before a panel of the House Education and Workforce Committee, which held hearings on Obama administration proposals to regulate stop-loss insurance.5
‍

Proponents of self-funding plans believe it this very same regulatory grip that is plaguing the American healthcare system by disarming employers with options to reign in soaring expenditures. Regulations to reel in self-funding would limit an employer’s flexibility to sidestep barriers to true reform and the ability to think not only outside the box, but overseas as well to deploy medical tourism initiatives of their own that integrate their healthcare needs directly with those of international hospitals and doctors.
‍

Self-funding can be a prudent first step toward counteracting Obamacare provisions and integrating cost-containment measures and a pay-as-you-play approach to healthcare benefit offerings. Employers who have made the move to self-funded plans are happy with their decision. At least 90 percent say they “don’t plan to move any” of their insured workers to public exchanges, according to a national business coalition.6
‍

The alternatives for employers seem to be few and far between as the insurance industry grapples with the ripple effects of federal healthcare reform on their profits. In another merger reflective of the shifting healthcare space, Anthem agreed to acquire Cigna in a $54 billion deal involving the health insurance giants. If the deal passes, the merged company would cover 53 million members and leave only three major players in the insurance industry.
‍

Analysts bicker on the merits of the merger. Perhaps, insurers will have more leverage to negotiate with providers and offer better premiums to consumers. Others worry that monopolized markets mean less competition and higher costs for customers. Pharmacies are also undergoing their own wave of consolidation and hospital companies continue to expand.
‍

Meanwhile, employers ponder their next move to ensure their needs for information transparency, price transparency and greater value are reinforced. Hard pressed for answers, they are not only asking questions of themselves, but to employees within earshot who might be contemplating serious, but routine elective surgeries like hip or knee replacement, cataract removal, a heart bypass:
‍

Would you consider a procedure performed at a local hospital or – for that matter – at one in Asia, Europe or South America?
‍

The good news is that international facilities have made great strides in maintaining what is good about existing healthcare systems while focusing on areas that need improvement. For that reason alone, the decision to board a plane is that much easier.

Instead of reaching for their wallets, American workers are growingly content to pull out their passports and recognize medical tourism– traveling overseas for medical care — as a viable option for achieving care on par or better than procedures and treatments offered in the United States, and at substantial savings for both employer and employee to boot.
‍

Although some employers might promote the allure of travel to bait employee prospects, the name medical tourism should not be misleading. Certainly, Americans with a propensity to travel are likely to jump at the chance to choose a medical procedure at a destination where they can enjoy an exotic experience, but medical tourism is, in large part today, driven by quality and cost savings. So much that medical tourism is influencing the healthcare discussion at companies across the nation – from employee lounge to the corporate board room.
‍

Healthcare costs continue to outpace inflation and remain a major concern for U.S. employers. Some have adopted a “wait-and-see” approach. Others have come off the fence to take a more proactive path to employee benefits by adopting arrangements like self-funding.
‍

Medical tourism allows for greater transparency of price, quality and lower cost at what may have once been considered unconventional sites overseas to those employers who self-fund their health insurance offerings. Adventurous parties who feel that standing pat is not an option are likely to find medical tourism– a road once less travelled — to be an emerging avenue bustling with affordable choices, positive outcomes and satisfied consumers, both employees and employers alike.
‍