The Effects of the World Economic Recession On Medical Tourism 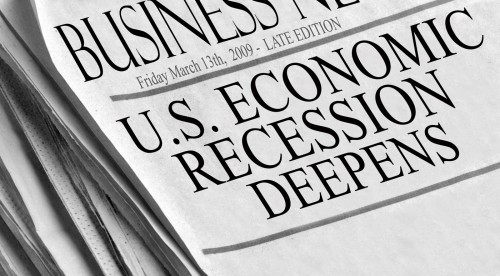 The world economic recession is having an effect on medical tourism, but whether it is a positive or negative effect depends on what country you are in and if you are attracting medical tourists from new and emerging countries.  The most common question in the industry today is, “How will the worldwide economic recession affect your organization?”

These patients are making the decision to receive medical care in their home country in order to save money even though the quality may not be as high.  In these less developed countries every dollar counts and these medical tourism patients are being extremely conservative in their spending.
‍

In today’s marketplace, it simply is not wise for hospitals and countries to make major marketing efforts in less developed countries, where economic situations prohibit patients from traveling for healthcare.
‍

Another problem hospitals and healthcare providers are having is the increased competition in the medical tourism marketplace and the lack of marketing which allows them to outshine their competitors.
‍

The real opportunity in medical tourism is in attracting patients from developed countries which are facing economic recession such as the United States, Canada, the United Kingdom, Russia and parts of Europe.  The United States, for example, is estimated to be the fastest growing country where medical tourists are traveling internationally for healthcare.
‍

A recent Deloitte Report estimated that by 2017 as many as 23 million Americans could be traveling internationally for medical care and spending up to $80 billion dollars per year on that international medical care.

What may be even more surprising to those in the industry is that Deloitte will be issuing a new report this Spring with updated statistics where they will show that due to the economic recession, current numbers underestimate the potential in the US market and that the number of patients will be significantly greater than previously estimated.
‍

The reason for the massive growth from the US marketplace is simply a factor of cost, which makes medical tourism for US patients even more attractive because of the economic recession.   Many large US health insurance companies and employers are beginning to implement medical tourism.

The cost of healthcare in the US is simply too high, and the economic recession has forced both insurance companies and employers to re-evaluate how to lower healthcare costs.  One of the only ways to achieve this in the US is through the adoption of medical tourism.

So, the economic recession has been extremely positive in convincing more insurance companies and employers in the US to look to medical tourism and to either implement it or consider implementing it.
‍

This is the perfect example of how the economic recession may be encouraging if we can help more Americans understand and appreciate the high quality of care they can receive internationally at a fraction of the price.
‍

Other growing markets are Canada and the United Kingdom.   But the problem is these numbers are not expected to grow as fast as the United States, due to the fact that these countries have national healthcare programs and the government pays for medical care.

Many Canadians and UK patients were traveling internationally in order to avoid long waiting times for surgery in their home country.   Since Canada and the United Kingdom have national healthcare, UK and Canadian patients may decide to withstand the long wait times in order to save money.  Some will decide to travel and receive medical care, but the growth each year will not be as strong as previous years.
‍

With the new EU program in place, UK patients are able to travel within the EU for services and have those services reimbursed by the National Healthcare System.  This means patients will search for surgeries within the EU.  In fact, the reported number of patients traveling from the UK is down.  We will have to see how this program affects medical tourism coming from the UK.
‍

Because of the economic recession, we have seen a shift in the demand for certain types of medical procedures.  Many patients who are seeking elective surgeries such as plastic or cosmetic procedures are now waiting because they may not have the discretionary income to spend.

Many are opting to wait and spend the money after they see how the economic recession will affect their personal lives.  Our member hospitals and medical tourism facilitators, however, stated that “core” medical procedures such as orthopedics, cardiac and transplants have significantly increased, which also means more patients are choosing to utilize medical tourism as a way to save on overall healthcare costs.
‍

Decreased Patient Flow in Hospitals & Clinics ~ Truly a Decrease or Lack of Marketing?

More and more we are educated about the high quality of care available in an increasing number of countries.  Some are doing a better job at marketing and advertising their destination and the results are starting to show.

While India and Thailand enjoyed the lion’s share of traveling patients, in the last two years many other destinations are giving them a run for their money including Korea, Mexico, Costa Rica, Turkey, Israel, Jordon and other countries in Asia and Latin America.
‍

What we see as very effective is countries whose hospitals and governments working together and successful at branding themselves as top destinations.  In the meantime, hospitals that enjoyed the benefit of being the first in the door have now sat back to enjoy the fruits of their primary efforts and are no longer actively marketing themselves.  “Brand reputation” is the best form of return, however the brand needs to be maintained.

Any marketing specialist will tell you that in order to keep a “brand” you must constantly enforce it.  As new players emerge in medical tourism, marketing more aggressively, these new market entrants are getting the contracts with insurance companies, employers and medical tourism facilitators.

Due to the massive growth of this industry and the fact that so many hospitals, clinics and doctors are promoting themselves, industry players must constantly market themselves and create and maintain their “brand recognition” or they will simply lose their market share of medical tourism patients.
‍

One important piece of advice to all industry participants would be to avoid misinformation and verify your facts to the best of your ability.  It is amazing how many companies spread misleading information as to the future of medical tourism, where patients are traveling from and where they are traveling to, and what countries patients will be coming from in the future.  In fact, some companies exaggerate media reports to benefit their own country over others.

This is just to gain an edge and should not be taken seriously.  Do your own research and gather your own information about hospitals and healthcare providers. No one can predict the future of medical tourism.  What we can do is look at where patients are traveling to and from, and which countries present the best opportunity to seize upon now.
‍

Jonathan  Edelheit  is  President  of  the Medical Tourism Association with a long history in the healthcare industry, providing third  party  administration  services  for fully  insured, self-funded and mini-medical plans to large employers groups.