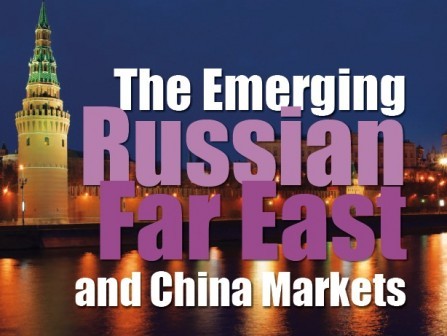 One does not have to look very far to see the Russian Far East and China markets appearing as attractive growth markets on the medical tourism landscape.  In the case of the Russian Far East, the federation is overhauling the healthcare system by removing inefficient outpatient clinics and reducing hospital beds volume to manage oversupply. Private clinics for dental services to cosmetic surgery and private health insurance expenditures have also increased significantly.  And the Russian Far East leads the federation in public health resource dollars.
‍

For China, prospects are equally attractive over the longer term in spite of current infrastructure hurdles such as legal restrictions on aggressive marketing activities about medical tourism within the country.  By way of background, the growth in China’s economy these past two decades has no equal in modern history.  Gross domestic product (GDP) expansion through the 1990’s and years of early 2000 were 9.5% on average, and higher in metropolitan cities like Shanghai.

A country that is home to over 1.6 billion population, that sold 6.8 million tickets for attendance at the  Beijing Olympics 2008, is now poised to welcome on average of 330,000 visitors per day to total over 70 million visitors between May – October 2010 to Shanghai’s World Expo.  Clearly, these metrics are just one representation of China’s speed, economic leverage and vast potential for development in any industry, including healthcare and health related market niches.
‍

Brian Bongsik Woo, Chief Executive Officer of Docs Medical Korea, provided an interesting and up- to-date presentation on market conditions and marketing strategies in Russia Far East and China.  The study was commissioned by KHIDI two years ago and reflects data from 2008.

With reference to Russia Far East, it is a geographical area about 170x’s that of South Korea’s territory, with a very diverse culture and set of customs marked by low birthrates and a population that is decreasing annually. Approximately 6 million residents live in Russia Far East with 2 million in the Primorsky region and the remainder residing in Khabarovsk, Sakha Republic and Amur.

With respect to medical equipment inventories, as an example, Primorsky has seven MRI units and four CT scanners in the region which compares low relative to other countries with comparable population bases.

However, Russian Far East and other regions of the Russian Union boasts a high ratio of hospital beds, suggesting a surplus given significant budgets are being channeled into this healthcare sector, with limited improvements in overall healthcare service quality.  For Korea, this study indicated that in three of their hospitals, the number of foreign patients from both Russia and China grew by 75% from 2008 to 2009.
‍

In terms of interest and perceptions, 80% of survey respondents in the study indicated they were interested in health.  Survey results also reported that approximately 20% of the population surveyed was satisfied with the Russian Far East region’s hospitals.  Challenges ranged from gap in medical skills, to treatment cost, outdated equipment, out of pocket cost ratios, and general service attitude.

The second country covered by the study was China, which stands as the 3rd largest nation in the world.  Reference was made to four areas inclusive of coastal first-class (4) and second-class cities (26), and inland third (56) and fourth (258) class cities.  The four first-class cities include Beijing, Shanghai, Guangzhou, and Shenzhen with an urban population of 43 million and a GDP per capita of $7,780.

The Chinese citizens who have the option to travel to Hong Kong, Taiwan or further abroad for healthcare services have expressed discontent with their health system in China. In choosing an in-country hospital for healthcare services, Chinese citizens evaluate providers on the basis of physician’s medical skills, hospital facilities, medical equipment, and overall reputations.  As with other medical tourism markets, individuals seeking care rely on word of mouth from family and friends while searching the internet for available resources.
‍

Survey respondents indicated that 53% of them were covered by China’s basic medical insurance scheme leaving 47% without any form of medical security.  This contributed to the expressed sentiment of discontent about China’s health care system; many seeing limited benefits to medical insurance compared to the high cost of medical expenses.
‍

In the long run, both Russia Far East and China appear promising for the global medical tourism industry.  In spite of financial regulations, complex currency valuations, in-country healthcare infrastructure issues, policy challenges and spotty healthcare services, these two global giants are reforming their health systems and meanwhile dabbling in medical tourism concurrently.  The evidence points to the fact that medical travelers and medical tourism’s niche is a by-product of globalization and commoditization of healthcare worldwide.
‍

Vivian Ho leads and supports strategic and operational initiatives for MTA globally, with a particular focus on business development, new ventures & partnerships. A recognized global health leader, she has extensive domestic and international experience in Asia Pacific, North America and Europe. Previously, in her role as President & CEO, Queens International in Honolulu, she provided leadership in medical and health tourism development for Hawaii. She may be reached at Vivian@MedicalTourismAssociation.com.