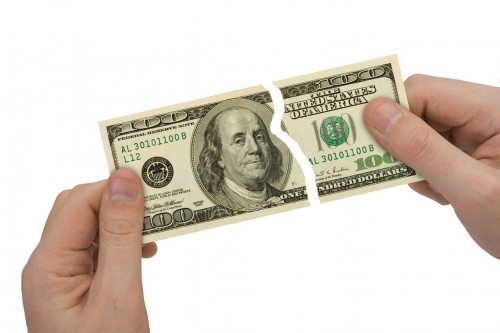 The Meaning of the Weak Dollar in Medical Tourism

One of the primary drivers of medical tourism is the fact that medical services can be purchased at very affordable prices in other countries. A major reason for this affordability is the disparity in the level of economic development between a patient’s country of origin and the destination where care is provided. Accordingly, medical tourism is greatly influenced by the global economic environment. This article explains the impact of currency exchange rates in the medical tourism marketplace with particular attention to the meaning of a weakening US dollar.
‍

Let’s begin by considering an American patient who is planning to have medical care in another country. This patient lives, works, earns money, spends, saves and invests in the United States. Every aspect of her life has been planned and built in dollars. She understands her financial life in terms of dollars. On the other hand, the physicians in the country where she is planning to have care live, work, earn, spend, save and invest in the currency of their own country. Even though these providers may understand the dollar, their lives are planned and built on baht, colones, pesos, reais, ringgits, etc…

Similarly, hospitals acquire capital, buy equipment and supplies, and pay employees in their own local currency. Therefore, even if providers quote prices for services to American patients in US dollars, they must actually establish these charges in the context of their own currency. It is important to recognize that even if a patient makes payment to a medical tourism agent in US dollars who, in turn, deposits the money into a US bank account, eventually the providers will want to repatriate some or all of the money into their own country.

Exchange rates refer to the prices paid for one currency, in terms of another currency, in the foreign exchange market. In fact, there are several exchange rates that can be used to relate the value of two given currencies. For the purpose of understanding the medical tourism marketplace, we need a measure that accounts for the fact that a patient changes US dollars into the currency of another nation and then purchases services with that currency. The appropriate rate for this situation is the market exchange rate (MER).

Before traveling to other countries, travelers frequently “change money” at their local bank or at a kiosk in an airport. How is the exchange rate determined – and why it is forever changing? The answer relates to the fact that exchange rates are established in the FOREX market, a huge currency market where central banks, large commercial banks, large multinational companies, brokers and speculators buy and sell various currencies – just like the stock market. With electronic transactions 24/7, baht, dollars, euros, pesos, pounds, rupees, yen, etc… are continually bought and sold.

The prices that participants are willing to pay or accept in one currency in order to buy or sell a different currency determine market exchange rates. The FOREX has global transactions in excess of US$ 3 trillion daily, more than any other market. There are numerous reasons why one currency becomes more or less valued in terms of another, including monetary policies, relative interest rates, and the nations’ debts and holdings of foreign currency reserves.

Because a free-floating exchange rate exposes a nation’s currency to the risk of volatile changes in value, central banks in some countries have established a “fixed” exchange rate, whereby they “peg” their exchange rate to the currency of another country (or group of countries). This measure limits volatility but it also reduces market flexibility.
‍

Is it better to have a strong currency or a weak currency? The answer to this question depends on one’s position in the global marketplace. A high value “strong” currency is ideal when one is in the buyer’s position. An importer has substantial purchasing power when buying goods and services from nations with a low-value “weak” currency. This is why an American patient can greatly amplify her buying power by having medical care in a developing country with a relatively weak currency.

Conversely, a strong currency is a serious disadvantage when one is in the seller’s position. Here, an exporter’s products become very expensive in the international marketplace when customers are buying with currency that is relatively weaker. As expected, American exports have recently increased as a consequence of the weakened US dollar. The point to remember is that a strong currency is great for the buyer (importer). A weak currency is an advantage to the seller (exporter).
‍

The Weakening Dollar in Medical Tourism

Let’s consider a hypothetical American patient who has been considering cosmetic surgery in a medical tourism destination. In December 2005 she investigated several possible destinations and received a price quote of 110,000 baht from a provider in Thailand, equal to US$ 2683 at that time (12/14/2005 exchange rate = 41.005 baht per US$). She decided to delay having surgery for two years because she did not want to be away from her art business.

The provider’s agent explains that despite the effect of inflation, they have held their prices constant. Nevertheless, she will be spending more money because the dollar has weakened relative to the Thai baht. Indeed, the value of the baht has increased by 35% relative to the US dollar. The patient is uncertain if she will be able to afford surgery. She is encouraged by the fact that her business has been doing very well lately as a result of growing exports to Asia. She wonders if this might also be related to the weak US dollar.

Dr. Horowitz is Founder and Principal of Medical Insights International™, a firm devoted to researching and analyzing medical tourism, and providing valuable information to parties involved or interested in this industry. A graduate of the University of Miami School of Medicine, Dr. Horowitz practiced Cardiothoracic Surgery for more than 15 years. He has an MBA from Goizueta Business School of Emory University. He can be contacted at michael_horowitz@mac.com.