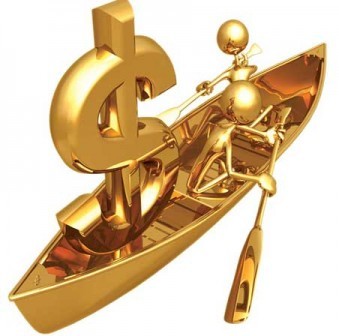 Part I: The Fully Insured American Patient ~ Dispelling the Myth

The most common question asked when you explain the concept of medical tourism is &ldquoWhat kinds of Americans are going to get onto a plane to travel to a foreign country for healthcare?&rdquo Surprisingly most overseas hospitals have very little idea about what segment of the population their future health care clients come from. Therefore hospitals seeking to attract medical tourists to their country have no idea who their audience or core market is providing for futile marketing efforts.

If international hospitals are to succeed in attracting Americans they first need to succeed in narrowing their marketing efforts to those where they will generate the greatest returns. Just as many hospitals have been misled into believing Medicare will soon be approving overseas medical treatment still more hospitals are mislead about the types of American patients that will be traveling overseas for health care.Many international hospitals and medical tourism companies are thrilled about the possibility of fully insured health carriers such as Blue Cross Blue Shield Aetna CIGNA Humana United HealthCare and other insurance carriers affording their fully insured members the opportunity to go overseas for health care rather than receiving care domestically in the United States.

In fact many hospitals have been told that the fully insured American health insurance carriers are about to approve medical tourism opening the flood gates to swarms of Americans going overseas.Here is a reality check. It's not going to happen but if it does it is not going to happen anytime soon. If an American can go to their local U.S. hospital for the same cost that they can go to an overseas hospital why would the American go overseas for surgery?

Especially if by going overseas the American would incur travel costs such as airfare hotel meals etc. and having to spend a good amount of time far away from home. Many people in the industry are keeping the myth alive that these Americans will magically appear abroad. This is simply not true. And then you hear another rumor. Okay maybe regular fully insured members won't go but what about Americans on high deductible plans?

Even if someone has a $10000 deductible on their U.S. health insurance policy for most procedures worth going overseas the cost for the American patient could be the same or comparable to the total costs for having the procedure performed here in the US. For example if a heart procedure is almost 80% less overseas at a cost of about $9000 if you factor in medical expenses plus the cost of travel for you and a companion or family hotel and/or recovery center meals and entertainment lost wages possibly child care or missed opportunity in some cases there may be no savings for the American patient to going overseas and instead higher costs.

So why would an American with a fully insured health policy decide to go overseas for treatment versus getting it done domestically here in the U.S.? Certainly the average patient has very little interest in saving the insurance carrier any money after the patient has paid the ridiculously high and ever-increasing insurance premiums. Moreover the innate concerns about safety quality of care and inconvenience are not going to be easily dispelled when the fully insured patient could just as easily be treated domestically for similar out of pocket costs to that patient.

Then why would a fully insured patient go overseas for care? Here are two possible reasons. First the fully insured carrier is going to give incentives to an insured such as waiving a deductible or coinsurance and in some cases picking up travel expenses. Some may go so far as to give cash incentives. If an insured had a $5000 deductible or a Health Savings Account in the United States but no deductible overseas all travel expenses paid plus a cash incentive of several thousands of dollars American patients would blink and clearly would look into the option of getting treatment overseas.

Currently no U.S. health insurance carrier is offering cash incentives for an insured to go overseas. Many health insurers are still focusing on the evaluation of liability and determination of risk involved in sending patients overseas and especially the risk involved in providing incentives to do so.The second reason a fully insured patient would go overseas would be quality of care.

At this time it is very difficult to determine and compare the quality of care overseas. Several of the largest health insurance carriers in the U.S. have said they are not comfortable with being able to evaluate and determinate the level of quality of care. Many of the fully insured carriers feel there need to be an extremely high standard for overseas hospitals. Some have off the record even stated that they feel JCI the most well-known and sought after accreditation system for the larger overseas hospitals isn't good enough for them and they wish to see a higher standard however they just don't know what that is right now.

And until they know what they want and what they are comfortable with these U.S. insurers are not going to move forward with sending Americans overseas.A real problem with determining the quality of medical care overseas especially for fully insured health carriers but more particularly for patients is obtaining full disclosure of accurate and detailed information on quality of care and outcomes.

As long as hospitals hold this information tight to their chest American companies will be hesitant to look overseas for health care. Those hospitals willing to progressively move towards transparency allowing full disclosure of quality of care and outcome data will be more readily embraced by the U.S. health care system.In conclusion it is extremely important for international hospitals seeking to expand their facilities in the area of medical tourism to realize who their target audience is.

Before spending thousands of marketing dollars to attract the insurance carriers and fully insured patients international hospitals should focus on globalizing their data to allow for full disclosure of quality of care and outcome data. Hospitals need to understand that fully insured carriers will not be sending many patients overseas until quality of care can be confirmed in a way they are comfortable with.

Jonathan Edelheit is President of the Medical Tourism Association with a long history in the healthcare industry providing third party administration services for fully insured self-funded and mini-medical plans to large employers groups.