What You Need to Know About Healthcare Reform 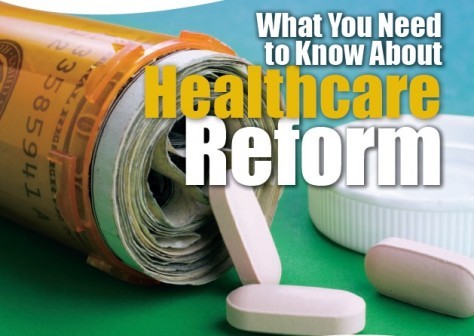 Healthcare Reform in the U.S. has been a recent topic and continues to be a growing concern for individuals families employees and employers. Corporations that provide health insurance to their employees are facing a tough dilemma front the exceeding costs that the future holds or begin dropping employer-sponsored benefits. How does medical tourism fit in and can it save costs for both parties?

In an article published by CNN it reveals that companies such as AT&T Verizon Deere and Caterpillar considered dropping healthcare coverage for their workers and deciding to pay the penalty fees instead. The cost of the penalty is much more affordable than the rising costs of healthcare plans.According to an article published by Fox News Caterpillar claimed the Healthcare Reform would raise their healthcare costs by $100 million in the first year and imperil coverage for its 150000 employees and retirees.

Deere estimated it would raise expenses by $150 million.Henry Waxman chairman of the House Energy and Commerce Committee requested confidential memos and documents that these companies created in order to discuss healthcare reform and how it would affect their costs. Waxman called the CEOs to Washington to testify at an April 21 hearing and requested full documentation from the firms detailing how they arrived at their estimates.

The 1100 pages of internal documents which were originally intended for Congress revealed the possibility of organizations dropping healthcare options. These documents became public when they exposed a stark difference in what the politicians expected they would disclose. The Democrats called off their hearings after obtaining these documents.
‍

Medical Tourism is a new option that many employers will soon begin to implement. Employers in the United States will need to consider new options as they find healthcare costs becoming unbearable. According to Jonathan Edelheit CEO of the Medical Tourism Association Healthcare Reform is going to give a significant boost to the growth of medical tourism in the U.S.

Prices are already unaffordable for healthcare in the US and with prices poised to rise under healthcare reform medical tourism may be one of the only solutions to lower healthcare costs.Aetna recently introduced a medical tourism plan that will allow their members to decide where they receive their healthcare from. This new health plan allows members and their families to obtain healthcare in California or in the Mexican cities of Mexicali Tecate and Tijuana through an agreement with Mexicos premiere HMO program Sistemas Medicos Nacionales S.A. de C.V. (SIMNSA).

Not only is this option affordable but it allows for the individual to feel comfortable with their surroundings. According to a statement in Yahoo! Finance President of Aetnas West Region Beth Anderson says Aetna recognizes that it is important for our members to be able to receive health care in a language and cultural setting they understand and feel comfortable with. Vitalidad PlusSM offers employers an affordable health option that lets their employees receive care in whichever setting they prefer.
‍

Although many changes will not be implemented until 2014 now is the time that large corporations will be assembling their strategies around health benefits for 2011. Employers will have to factor in the new health laws requirements according to an article in the New York Times. By next year employers will begin by extending health insurance coverage to dependents up to age 26 currently it is age 22 as well as eliminate lifetime limits and annual caps.

This is positive news for those employees who have consistent health issues or those who have maxed out their coverage.Other changes that will occur not necessarily immediately in 2011 will be the requirement of employers to pay for 100 % of preventative care. This will include physicals cancer screenings and immunizations.As each year passes on healthcare costs and health insurance costs in the US will continue to rise pushing more employers and insurers towards medical tourism.
‍