Inside Cigna: An Interview with Dr. Faisal Gilani 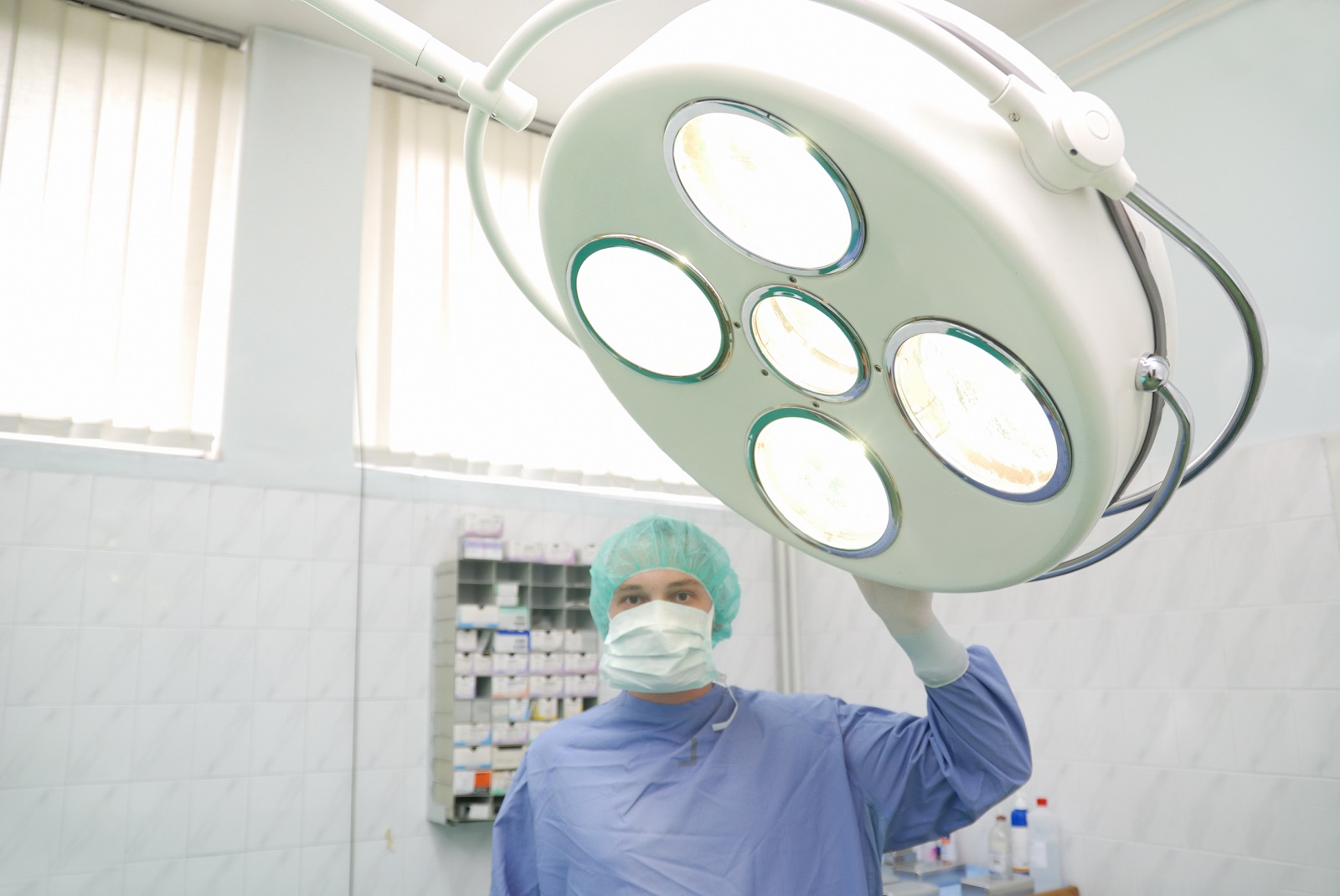 As part of a series of discussions leading up to the 12th annual World Medical Tourism & Global Healthcare Congress, Medical Tourism Magazine had the opportunity to speak with Dr. Faisal Gilani, the Director of a Provider Network at Cigna. Dr. Gilani covers the Middle East and North Africa region (MENA).

Dr. Gilani: My role as the Director of Provider Networks is focused on working with providers to make sure that we have the right details in a contract. We work with all the health care providers in our network, including hospitals, clinics, diagnostic centres, and pharmacies, to make sure that we reflect the overall Cigna value proposition in the region and maintain the affordability of care for our customers.

MTM: How long have you been in this role?

Dr. Gilani: It’s been nearly a year now since I became Director of Provider Networks at Cigna.

MTM: How is healthcare changing in the MENA region?

Dr. Gilani: Healthcare has changed tremendously in the region in the last five to six years, especially in the UAE. Across the Middle East region, UAE has experienced a promising change and growth in its healthcare systems, par-ticularly a boost in healthcare infrastructure thanks to government-led initiatives that focus on building hospitals and clinics and other initiatives that ensure all healthcare systems follow the unified nomenclature. In the Middle East, the Kingdom of Saudi Arabia and the UAE are the only two countries that follow the standardized nomenclature of health insurance system, the International Classification of Diseases (ICD) and current procedural terminologies, which are a coded language.

Five years ago, we were largely using paper formats for our records and transactions. Now, we have moved to a paperless model where all transactions with an insurance company or a health care provider occur on an e-portal. So it has evolved a lot in the last couple of years, and we have seen a lot of changes.

MTM: Do you see this evolution slowing down soon or progressing at a rapid pace?

Dr. Gilani: I think it will continue to evolve at a rapid pace because there is still a lot to be done. In the last couple of years, there has been significant growth in healthcare between the different Emirates within the UAE, compared to the Middle East.

For instance, Abu Dhabi, the capital of the UAE, was the first emirate to adopt electronic transaction models in place of paper-based methods in 2004, and then Dubai adopted it in 2012. Today, all the emirates have adopted electronic-based records and transaction models.

In 2018, there were 154 hospitals in the UAE, as compared to 100 hospitals in 2013. By 2020, the government is expecting around half a million medical tourists, courtesy of Expo 2020 development. So healthcare in the emirates will progress at the same pace, with smart, government-led initiatives and global tourism-led initiatives. The infrastructure has been built but there are still a lot of gaps that we still need to focus on.

MTM: How does Cigna determine what hospitals will be in its network?

Dr. Gilani: Cigna works with a third-party administrator in the region, which partners with us to access and evaluate health care providers.

Cigna deals with high-level corporate clients such as multinational companies that use high-end policies, and we usually cater to multi-specialty hospitals where patients can access multidisciplinary care. From that perspective, all 154 hospitals in the UAE are in the network, but the network is tiered into three categories.

MTM: How does Cigna determine which hospitals or Centres of Excellence they are going to recommend to patients?

Dr. Gilani: We have a Cigna Provider Segmentation Program that categorizes providers into three different categories. A basic provider has all the specialties but has not been thoroughly vetted by Cigna’s clinical team. The second category of providers is the Cigna select provider, and the third category is the Cigna specialty provider. For these two categories of providers, the CIGNA segmentation team and the clinical team assess the facility thoroughly and conduct surveys using a series of questionnaires. We will then assess the hospitals’ responses to these questionnaires to formulate a value-based contract with them at the end of the day.

For Cigna to list a hospital as a Centre of Excellence, it has to fulfil two requirements: the clinical quality criterion and the value-based care agreement. The provider contracting teams assess the value-based care agreement and our clinical teams evaluate the clinical quality criterion. If the hospital passes these assessments, we would designate the provider as a Cigna select provider or Cigna Centre of Excellence provider.

MTM: Have there been any changes regarding inbound medical travel to the UAE in the past few years?

Dr. Gilani: There has been an annual growth of 5 percent in inbound traffic for healthcare into the UAE. The reasons for this are the robust government-led initiatives, one of which is the Dubai Health Experience by the Dubai Health Authority. This is the region’s foremost medical tourism portal where tourists can book their entire medical trip. In Abu Dhabi, also, we have seen that the Abu Dhabi Department of Health along with the Abu Dhabi Department of Culture and Tourism has also launched an E-portal, which is also a digital platform that provides visitors with information of all medical offerings and healthcare facilities available in the emirate. It also provides details of and allows visitors to book other services such as accommodation and transport available throughout their stay in the UAE. Both of these portals have resulted in a lot of traffic from the U.S. to the UAE. countries, as well as the below-par Infrastructure and hotel and retail offering, does not afford the patients the superior patient experience the UAE offers. This is also why medical tourists do not travel to Thailand and India for treatment since the cost of care in these countries is almost one-tenth the cost in the US. For example, the cost of heart surgery in the U.S. is about $125,000, but in India, it costs $10,000 while it costs $15,000 in Thailand – that is one-tenth of the price.

However, the language and the communication barriers medical tourists face in these countries, as well as the below-par Infrastructure and hotel and retail offering, does not afford the patients the superior patient experience the UAE offers.

MTM: There was a lot of outbound traffic out of the Middle East 10-15 years ago, but now that rate is falling fairly quickly, particularly in the UAE and Saudi Arabia. Are these outbound medical tourists traveling to other countries within the MENA region or outside the region?

From this perspective, I would say the UAE positions itself as a mid-market, where the cost of care is not very high and not very cheap as well. So we would see inbound traffic from the U.S., Canada, and the U.K. but we would also see some outbound traffic to India, Pakistan, and Bangladesh as well.

MTM: Ten years from now, what do you think we’ll be talking about in this industry?

Dr. Gilani:  First, the UAE has already started expanding its medical tourism market. UAE leverages three key factors that drive the market: infrastructure, promotion, and logistics.  These three forces are essential to creating a supply-and-demand chain for the medical tourism industry, and the UAE has been very successful in developing that structure and making sure that they are one of the destination countries for medical tourism. If you look at the overall Middle East, you will find that the UAE is probably the only country that has a regional medical tourism platform.

So considering that year-on-year medical tourism growth of 5 percent in the country, as well as the Expo 2020 that we are going to see in the future, the UAE could grow in the next 10 years into being the treatment hub for highly specialized and complex medical conditions in the region. This is also going to also have a huge effect on the economy, as you know that medical tourism contributes significantly to a country’s economy.

MTM: Thank you so much for your time, Dr. Gilani.

Make Your Move a Smart One: Review Your Insurance Before You Go