Home
/
An Overview of the Benefit Market in China 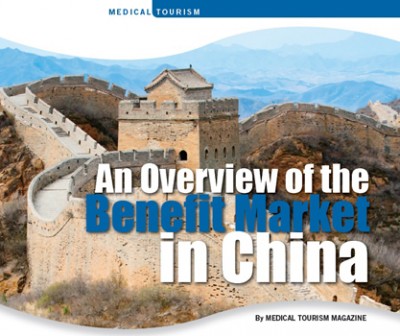 An Overview of the Benefit Market in China

China’s recent economic rise is unprecedented in history.  Where there were fields twenty years ago, there are bustling cities with over one million people living in them. With the economic boom come the things associated with increased wealth and prosperity; more metropolitan areas, better access to education, the internet, and health benefit. With the rising wealth in China health benefits are becoming important, especially for the wealthier people in the nation.

Well over 400 million people in China receive health benefits from the Chinese Social Security System (CSS).  This is only one part of what CSS does, beside healthcare, they also provide retirement pensions. This double output of funds, going to the largest population in the world no less, results in what many see as subpar service.

The retirement age is pushed back often, and patient dissatisfaction with public Chinese hospitals is always on the rise. Given the situation, it is not surprising that the benefits market in China is growing.
‍

With this being said, why are the public hospitals in China receiving such low confidence? The CSS is established to send the people in China, and as of 2011 foreigners living in China as well, to a local public hospital. The private healthcare and benefits allow people to go to private hospitals, which are not overcrowded. Some of the private benefit plans allow people to leave China for medical care. This shows a more modern innovative approach to dealing with an overburdened healthcare system.
‍

This innovation is just the beginning of the benefit innovations occurring in China. In the previous survey 58 percent of businesses who responded stated their intention to improve the benefits they offer in the next one to three years, 22 percent in the next three to five years. Some of these innovations include adding more diversified benefits, different benefits for executives and employees, and the introduction of flexible benefit programs.
‍

The changes brought upon by the economic growth in China are being felt through every layer of Chinese society. More people moving into the cities is putting a larger strain on the public hospitals, thus more people are seeking private insurance so they can go to higher quality and less crowded private hospitals.
‍

This is being fueled by expansion and innovation in the Chinese benefits market. Not too long ago, the benefits market in China was minute at best, but with a recent annual growth rate of 19 percent the Chinese market is expected to overtake Germany and the U.K. to become the third largest market in the world behind Japan and the United States.